Lawrence Meyers:  Earlier this month, the Federal Reserve handed out the results of its second round of bank “stress tests.” Bank of America (NYSE:BAC) came back with “conditional approval” of its capital plan. 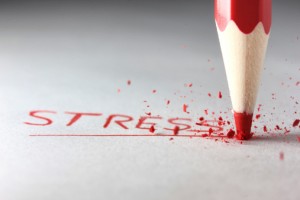 What exactly is a stress test, what does “conditional approval” mean, and should BofA shareholders be concerned?

The goal is for each bank to demonstrate, to the satisfaction of regulators, that enough capital exists to lend under “severely adverse conditions,” and to meet various capital requirements. At the bottom line, it’s essentially to make sure a bank isn’t taking on too much risk, and isn’t in danger of becoming insolvent if things get really bad.

To take it one step further, it also makes certain that banks which want to return capital to shareholders, via a dividend or other means, can do so and not become insolvent if things go south in a hurry.

Twenty-nine of 31 banks passed. BofA was given conditional approval, as I mentioned. There isn’t a lot of detail besides the bank being told that it had certain deficiencies in determining just how well it would do if things got really bad. It was also informed that there were undisclosed weaknesses in the bank’s internal controls.

To be specific, the Fed projects a two-year recession that is far worse than even the most dire predictions of what might come. It looks at how net income would be affected, as well as loan losses, and decides if BofA needs more capital to survive such a disaster.
Basically, the bank got the equivalent of a student’s “incomplete.”

To me, this sounds like typical bureaucratic-speak for, “technically, things are fine, but you didn’t check a bunch of important boxes, and didn’t complete a few essay questions.”

Investors can look to last year, when a similar thing happened. A bunch of revisions had to be submitted that didn’t really change some important capital ratios. But it cost the bank a lot of money to redo the whole thing, and because the headlines referred to a “$4 billion math mistake,” everyone freaked out for no good reason.