Lawrence Meyers: Bond investors have really been struggling the past few years. Thanks to quantitative easing, the Fed was artificially buying into the bond market for several years, supporting the prices of bonds, which helped keep interest rates low. 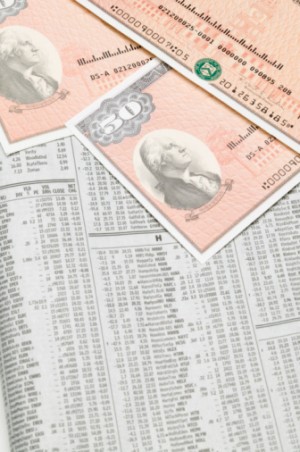 Meanwhile, Warren Buffett said recently, “If I had an easy way, and a non-risk way, of shorting a whole lot of 20- or 30-year bonds, I’d do it. But that’s not my game, and it can’t be done in the kind of quantity that would make sense for us, but I think that bonds are very overvalued. I’ll put it that way.”

Is Buffett right? Should you short the long bonds?

Of course, we expect interest rates to rise at some point. We just don’t know when. We are in the middle of an unprecedented situation, where the economy is coming off a terrible recession and financial crisis. Interest rates have been artificially kept low. They cannot stay low forever, and at some point, there will be a shift in the cycle where rates are more likely to rise.

Let’s first take a look at the yield chart of the 30-year Treasury. Going back almost 40 years, we see this bond yield is at near-historic lows. It has been making a long series of lower lows over the past 30 years.

If one draws a trendline connecting the tops back to May of 1988, the trendline shows resistance at about 3.75%. The safest play, then, is to wait for the yield to break through that trendline and then short. That’s quite some distance away, however. We may get another lower low still.

Look, it’s been almost 40 years where the bond market has been in a secular bull market. That simply can’t continue.

For more aggressive traders then, I suggest going short, but putting in a series of stop losses – maybe as many as four, each representing 25% of your position. Then I might continue to add to the short as the yield rises. You can try this using the Pimco 25+ Year Zero Coupon US Treasury Index Fund (NASDAQ: ZROZ).

The iShares 20+ Year Treasury Bond (NYSE: TLT) is another matter. This is a rather volatile chart that requires investors to have a pretty strong stomach whethger they are short or long. Right now, the ETF is trading about 15% off its highs, but that kind of move isn’t unprecedented.