It’s been another exciting week for the silver (SLV) trade, with the Powell Pivot still in full effect. The Federal Reserve cut rates for the third time this year, and this is likely going to kickstart inflation. Furthermore, the Fed minutes revealed that they are going to “need a significant rise in inflation to cut rates.” This is music to the ears of bulls in the metals complex, as inflation will provide a tailwind for both gold (GLD) and silver. Not surprisingly, sentiment in silver has spiked following this news, and we’re back near the 80% bulls level as of Wednesday’s close. As of right now, it looks like there’s a 75% probability the lows are in at $16.95/oz for silver, and I would view any pullbacks down to this area as buying opportunities. 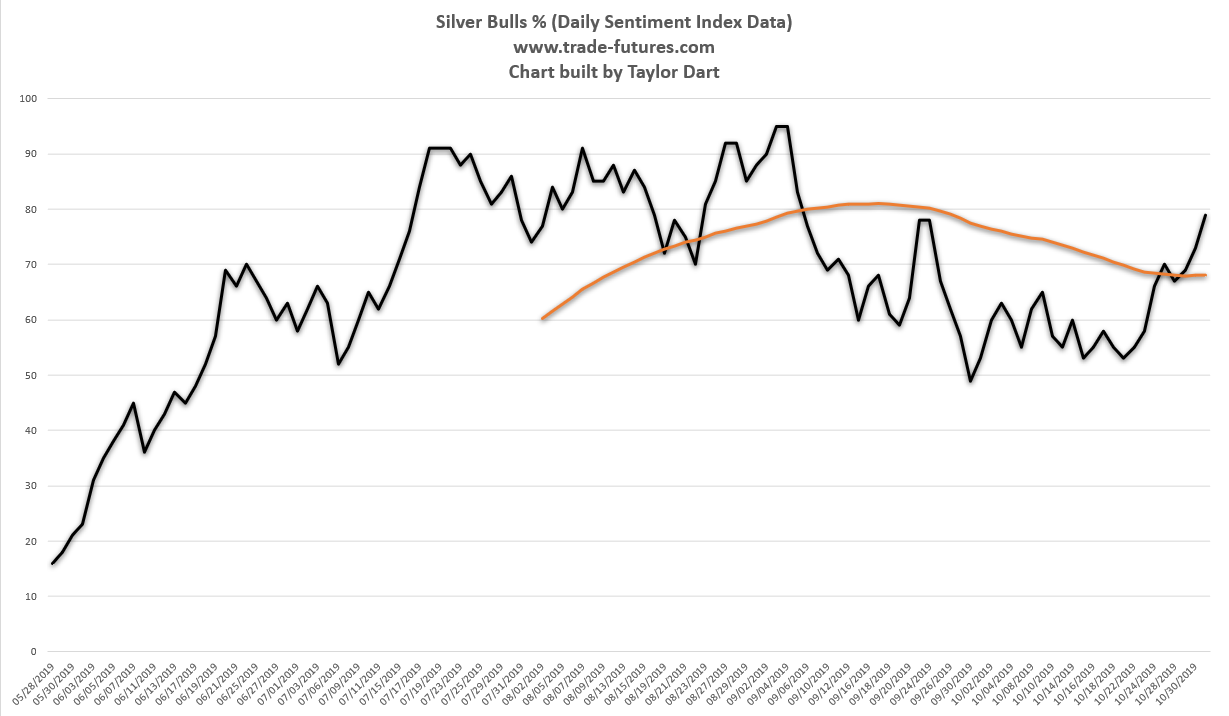 Despite minimal upside progress, silver has had a busy week after being up 2% to start the week, giving up all the gains into the Fed Meeting, and now back on track. The metal is a few percent off of its lows and continues to build out a new base, but sentiment has not taken much of a beating during this correction. While sentiment did plunge from 97% bulls in early September to 60% bulls this month, I generally prefer to see sentiment fall below the 50% level to suggest the lows are in. Having said that, this is not a requirement; it’s just what is ideal to have higher confidence that a correction is over. As we sit right now, sentiment has rallied back to 79% bulls, and everyone seems confident that the correction is entirely over. I would argue that it’s likely we saw the lows for the correction, but I think it’s early to suggest that we’re heading up in a straight line from here. Instead, I think the more likely scenario is some backing and filling to put another dent in bullish sentiment first.

If we look at the weekly chart below, silver is amid a two-month correction, and the bulls have played defense where they needed to thus far. The first key support was at $17.25/oz, and the dip below here immediately got bought up before the weekly close. Based on this, I believe buyers are highly likely to step up in this area again if we do see weakness going forward. The good news for the bulls is that if we can get through $18.45/oz on a weekly close, the next significant resistance level is up near the $21.00/oz level. However, I would prefer to see silver consolidate and build a larger base to give it time to further relieve its semi-overbought conditions before making a run at new highs. 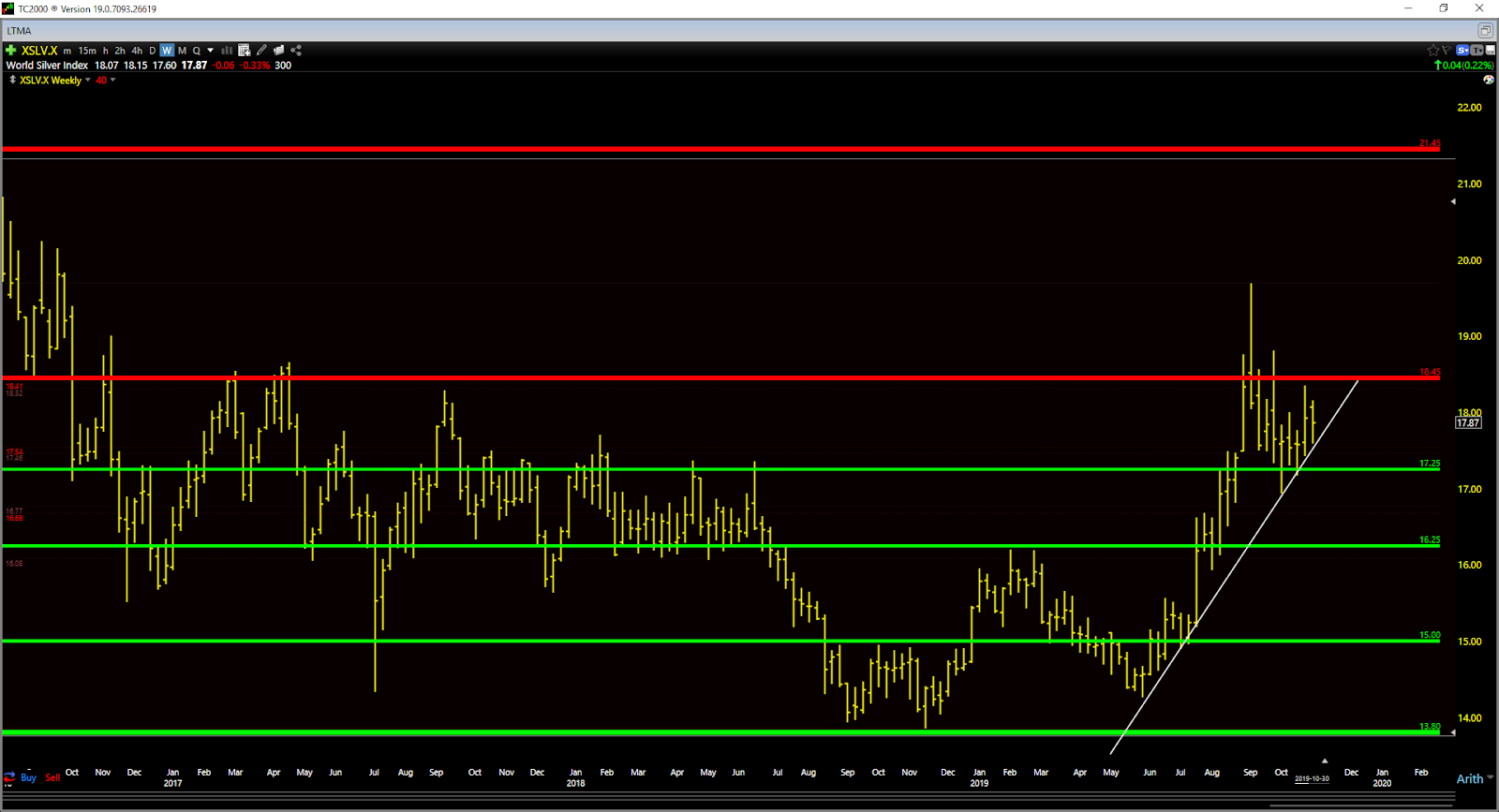 Zooming in to a daily chart, we can see silver is building a bowl, and the right side of this bowl is likely to provide support on pullbacks. This means that any pullbacks to the $16.90/oz – $17.20/oz level are likely going to offer buying opportunities. While I would not be aggressive at these levels, I would probably put on some exposure here if we do see some weakness in the coming weeks. 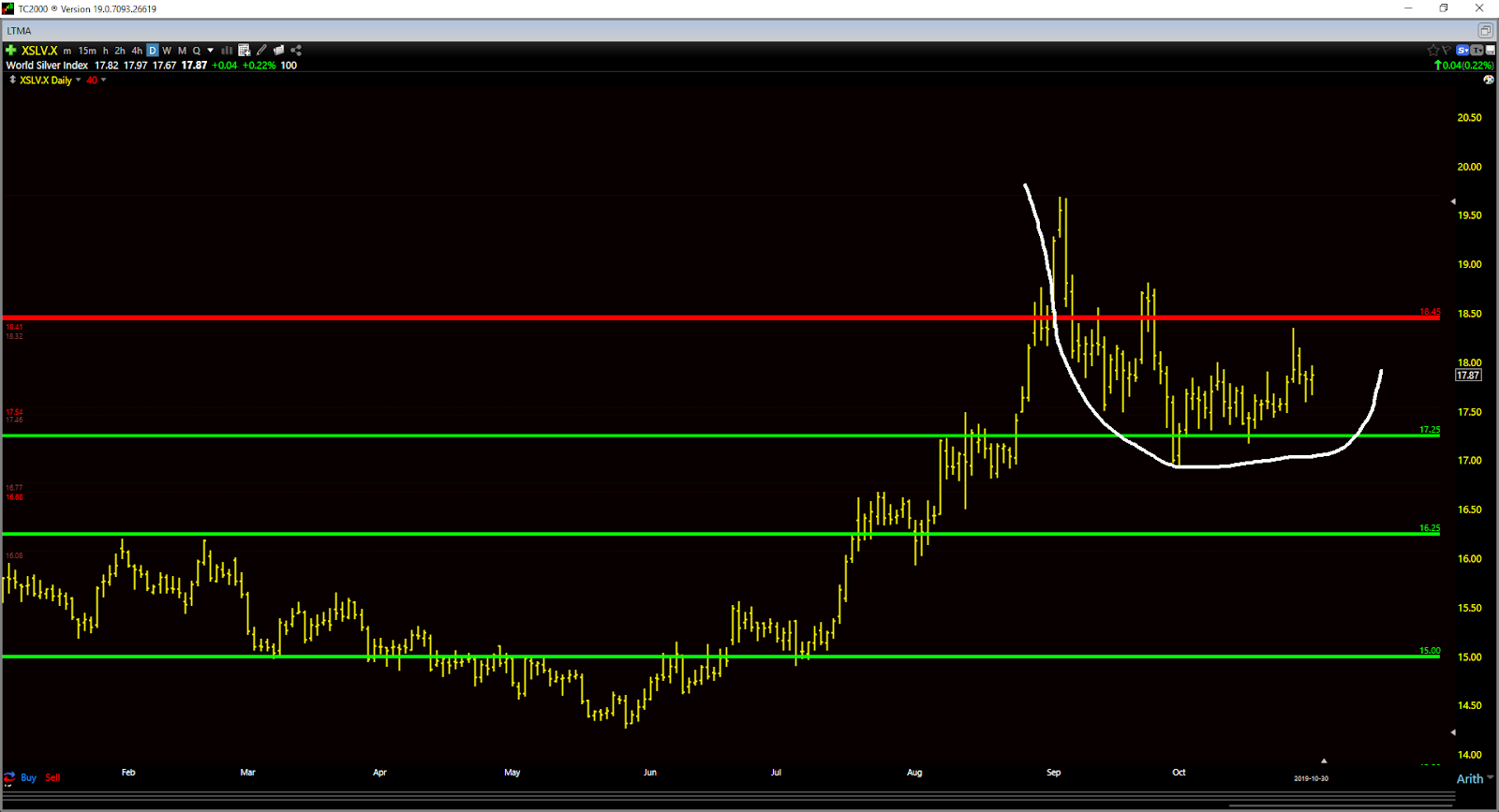 The real test for the bulls sits at $18.45/oz on a weekly close, and this is the key level to reclaim to suggest the lows are most likely in at $16.95/oz. For now, this area continues to be a brick wall. I would view any drops to the $16.90/oz – $17.20/oz area as buying opportunities, and weakness will likely get bought up in this area. The only issue currently is the sentiment, which suggests there’s been no capitulation whatsoever in the bull camp.