It’s been a busy couple of months in the metals complex, with gold (GLD) off 6.5% from its highs, and silver (SLV) plunging nearly 14% from peak to trough. However, despite silver correcting twice as much as gold, sentiment in silver has remained elevated. Bullish sentiment on silver continues to hover above the 50% level and finished yesterday at a reading of 53% bulls. This reading is in stark contrast to gold sentiment, where sentiment sits near the 25% level. When it comes to gold and its current readings, an argument could be made that the worst is likely over after the $1,460/oz probe. Based on the bulls holding their ground from a sentiment standpoint despite a 14% drop in price, I would argue that we’ve yet to see capitulation in silver. For this reason, a re-test or undercut of the lows near $16.95/oz remains on the table. 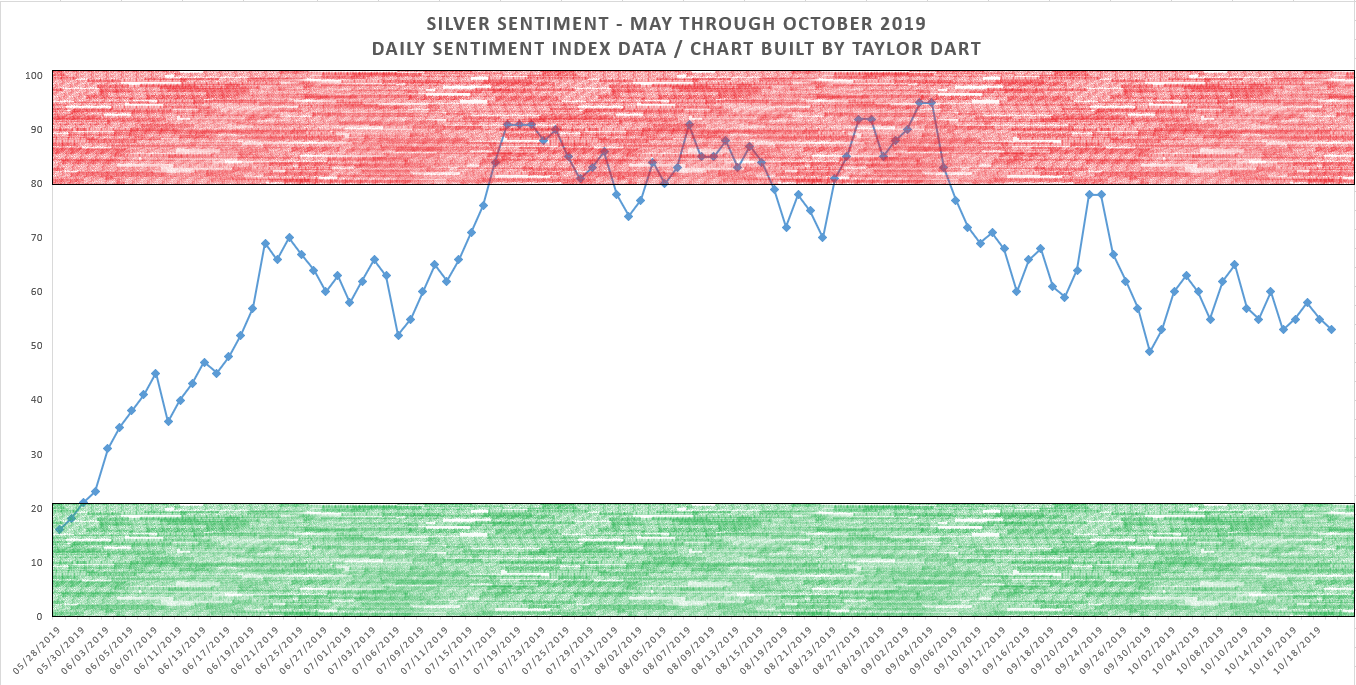 Taking a look at the above chart I’ve built of bullish sentiment for silver, we can see that we’ve seen a relatively mild drop from the highs. The green zone in the chart shows where pessimism begins to get prevalent, and we’re still more than 30% above that zone, which comes in near the 20% level. While sentiment for gold is hugging this zone currently after only a 6% drop, silver is nowhere near it yet. This would suggest that the bulls are much more stubborn in silver than they are in gold. Generally, after 10% corrections in an asset class, bullish sentiment drops beneath the 20% level. Based on bullish sentiment still sitting at the 53% level for silver, I would be shocked if we did not see more downside before this correction is over. 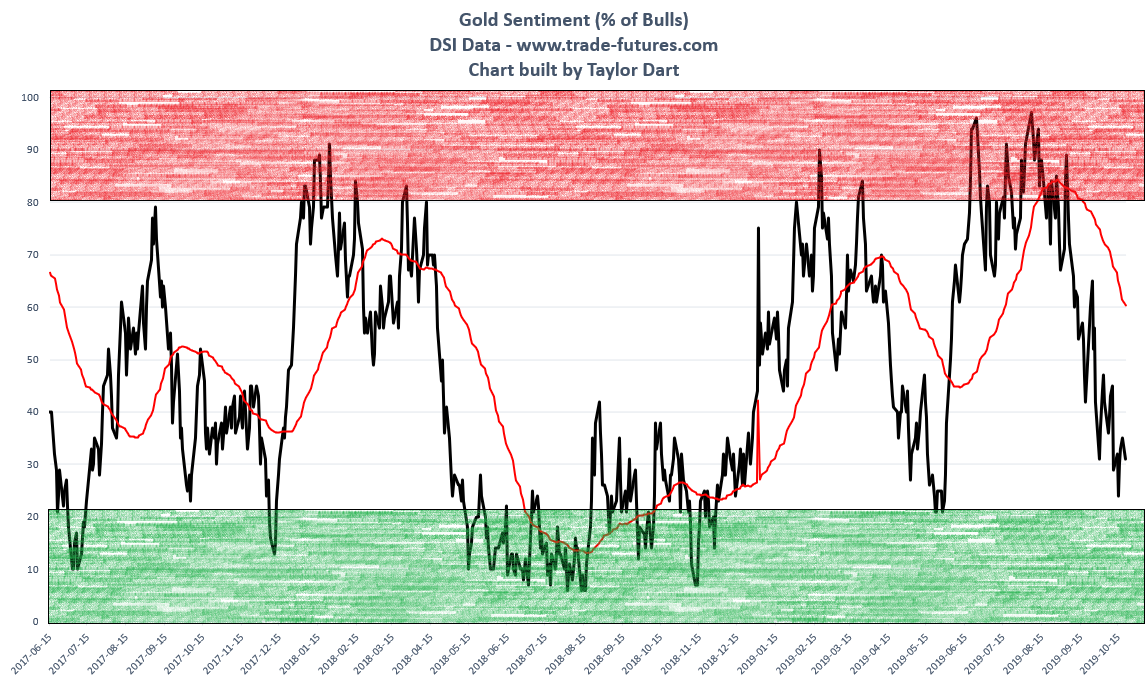 So, where might we bottom out if we haven’t yet on silver? Let’s take a look at the below chart:

As we can see from the below daily chart of silver, we have strong weekly support the bulls have defended up until now at $17.25/oz. While the metal did dip below $17.25/oz intra-week, the bulls have played strong defense here on a Friday closing basis. As long as we do not see any weekly closes below the $17.25/oz level, there’s no reason to entertain a drop back towards $16.25/oz support. 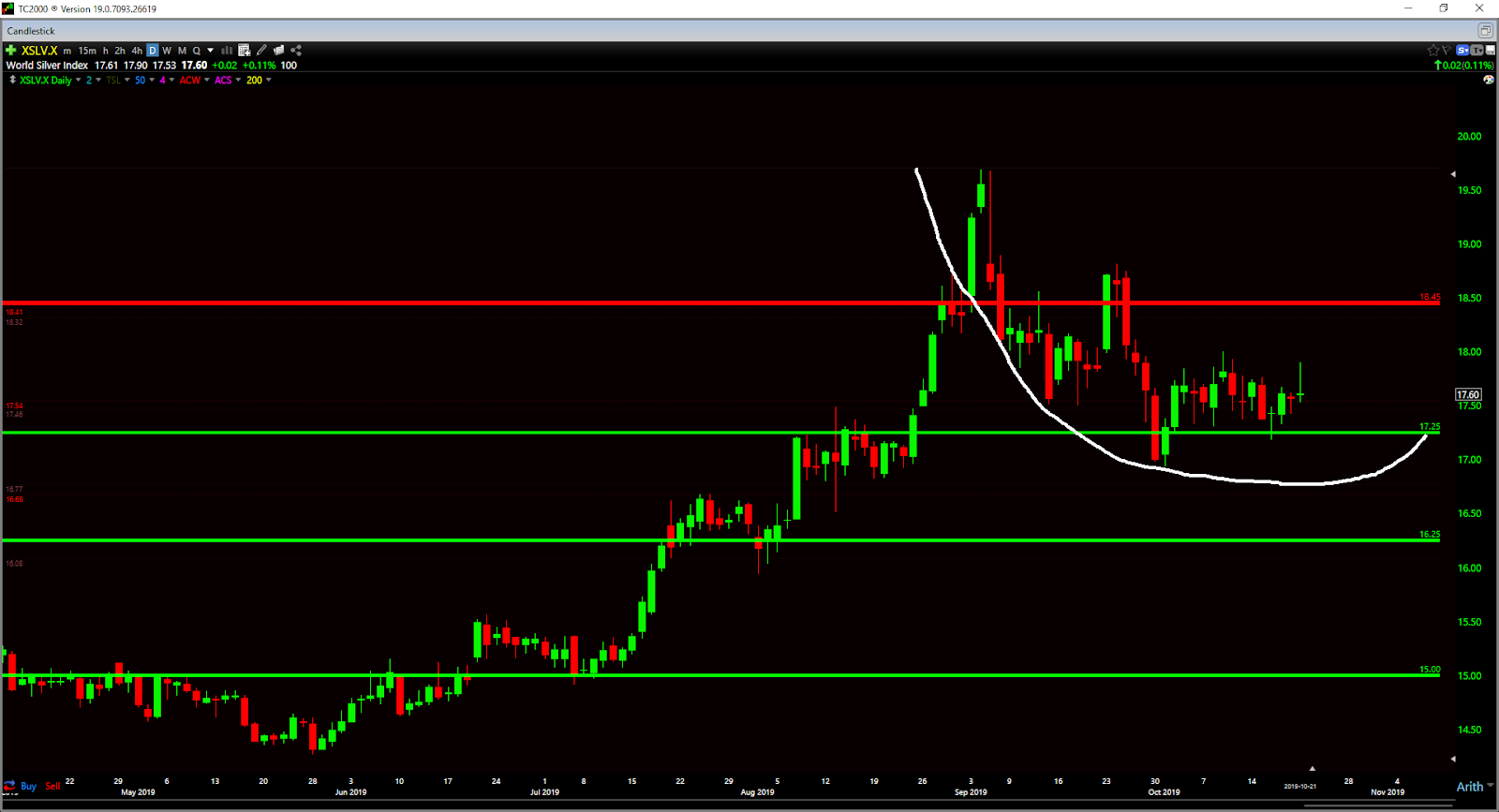 Based on the structure of this drop, it looks like silver might be forming a bit of a rounded bottom, and we are currently in the middle of this rounded bottom structure. While a drop towards the $16.70 – $16.90/oz level is possible, it would likely just be a shake-out, and I would expect the bulls to play strong defense here. This is because this would not do any damage to the current pattern, and would simply be a re-test of the rounded bottom forming on the chart. 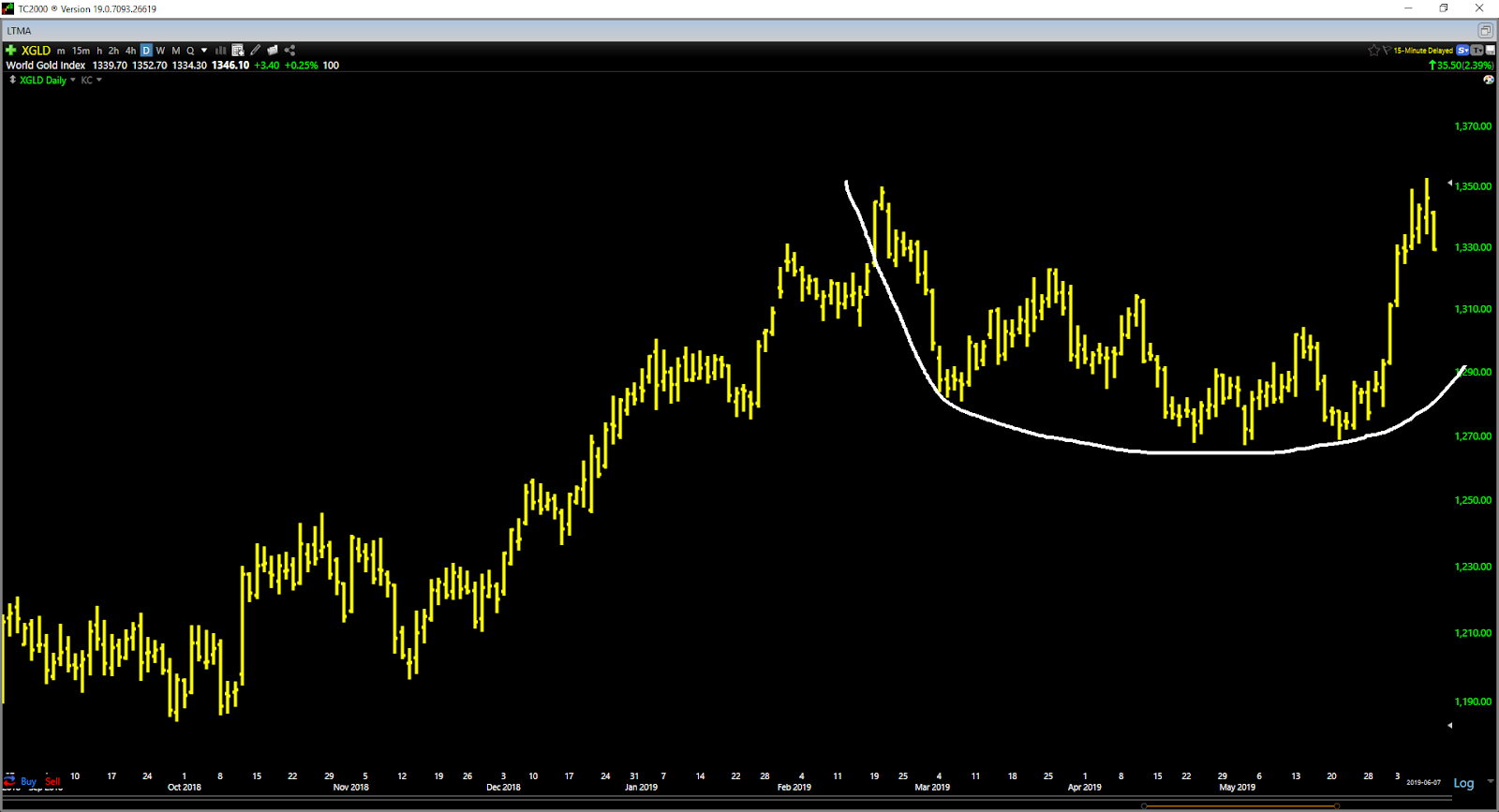 We saw a similar pattern built on gold in Q2 of this year, and it ended up resolving to the upside. In that instance, the undercut was a buying opportunity. I believe a similar undercut of the initial low would provide a buying opportunity for silver. However, investors are going to want to see sentiment drop towards the 35% level at a minimum to suggest that we’re beginning to see some fear enter the market. At current sentiment levels, it’s hard to have high confidence in the bottom being in already.

To summarize, I do not believe the correction is over for silver just yet. However, a dip below $17.00/oz would likely provide a buying opportunity, even if we do end up undercutting the $16.94/oz low. The bigger picture remains bullish for silver, and this is a healthy correction after a 40% rally, but we likely still have a lower low before this correction is entirely over.