Silver charged out of the gates yesterday, starting the week with a 4.2% return. This surge was likely a delayed reaction to the Federal Reserve’s decision to cut rates once again last week, and to remain open to further cuts as the data comes in. This continued pivot by the Fed will likely bolster inflation, and this is the ingredient silver has been missing the past couple years during the rate-hiking cycle. While the long-term backdrop continues to be bullish for silver, the short-term picture still remains a little muddled. The metal is stuck beneath its short-term moving averages, and bullish sentiment was not even remotely washed out during the recent correction. Based on this, I do not believe silver is ready to make new highs just yet. 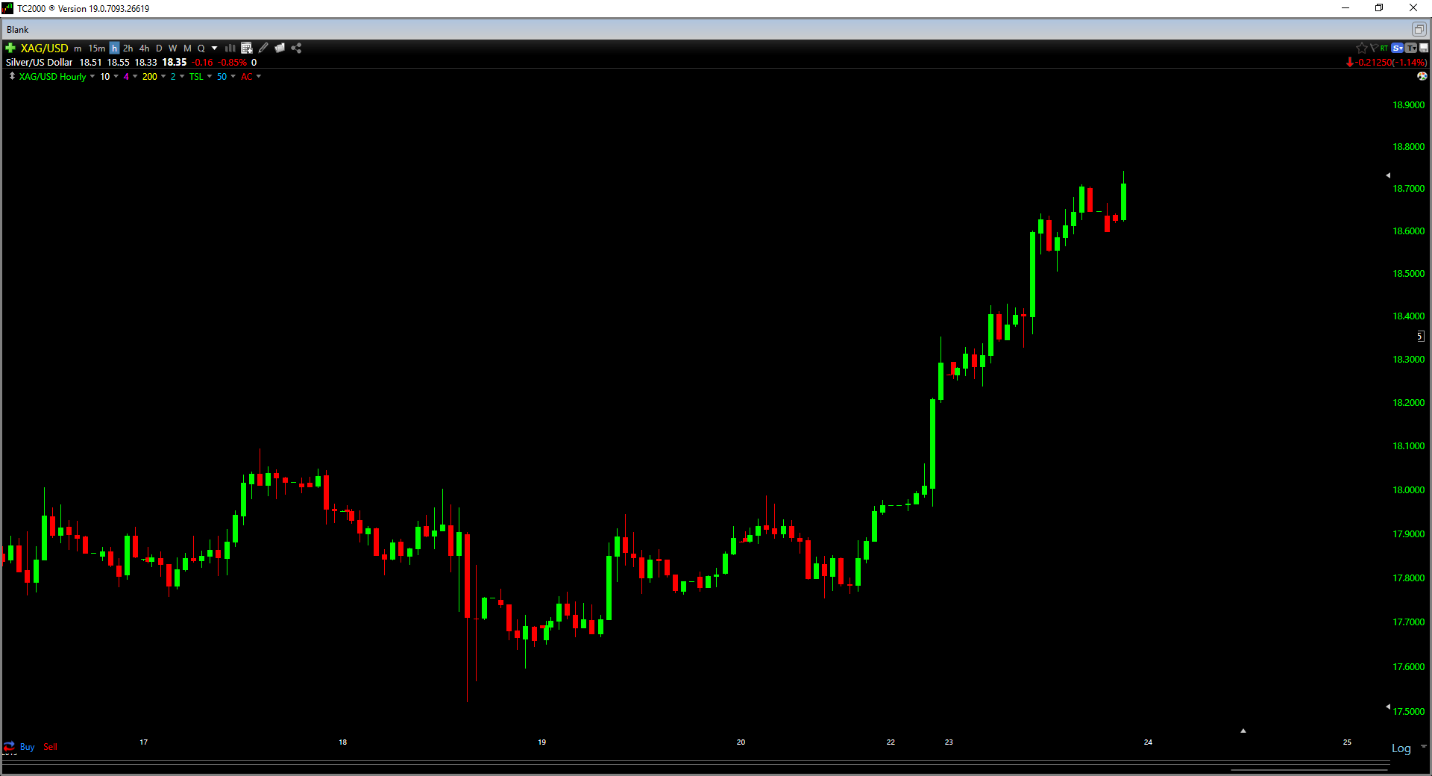 The recent correction for silver was swift and certainly shook out a few people, but it is tough to change the sentiment of traders with a 1-week decline. During the recent drop, we still had analysts trotting out calls for $22 by month-end, and $25 by Thanksgiving and this is not what I like to see for a sustainable swing low. Instead, I’d much prefer to see some analysts come out and call for a top in silver and the potential for a 20% correction or more. While we did get an 11% correction which was a step in the right direction, sentiment barely budged for silver and pulled back from 97% to 60%. This is undoubtedly an improvement, but it is rare to see swing lows develop when bullish sentiment is at 60%. Even worse, the rally yesterday saw bullish sentiment shoot right back to 79% bulls, and it seems everyone is right back in the bull camp. For a sustainable bottom in silver to occur, I would much prefer to see sentiment head below 40% bulls, and this will likely require a re-test of the $17.50/oz level at a minimum. As we can see in the below chart, sentiment for silver is rallying back to the underside of its broken moving average. Often, this can be a hurdle for assets. 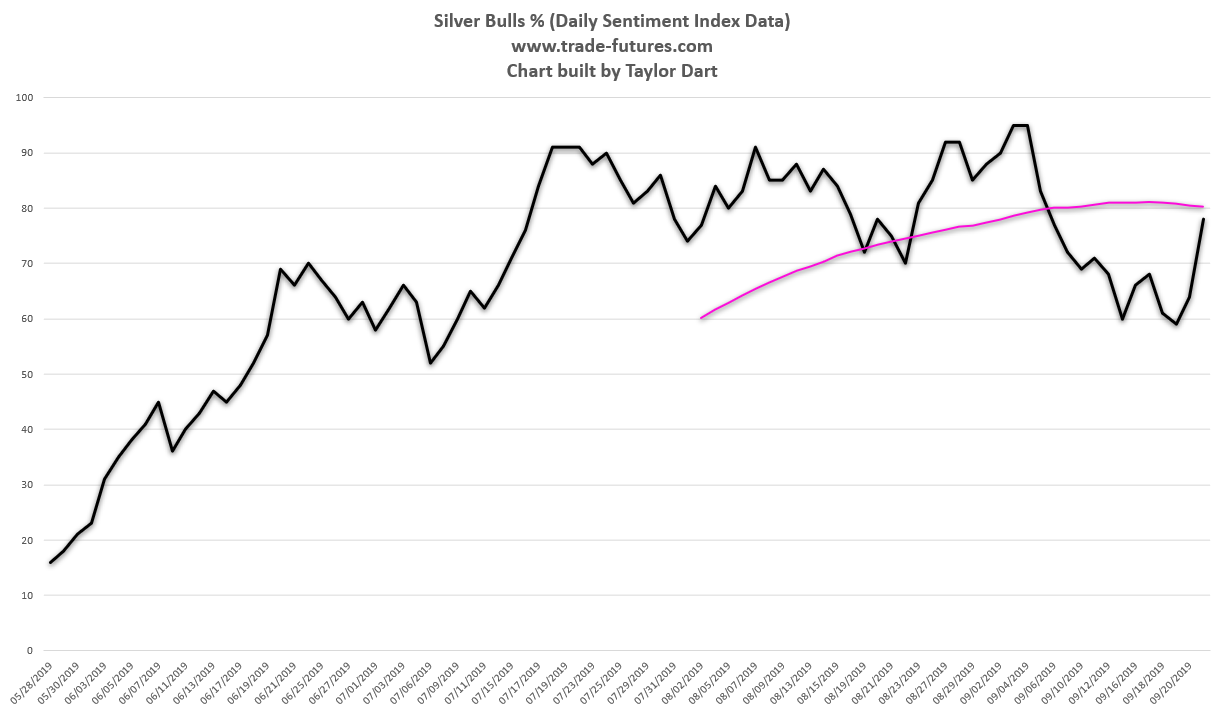 While I believe that the worst is over for this correction at $17.50/oz, I think a re-test or higher low near $17.60/oz will be needed to put enough of a dent in sentiment. A re-test of the lows often serves to shake out the weak hands that did not sell on the initial drop and puts stronger hands in control of the commodity. Given that I’m not convinced the correction is over, I am still being patient on adding any positions in silver or silver miners. The big picture for investors remains bullish, and any 11% corrections that remain above $16.25/oz are buyable. However, sustainable lows usually occur with a wash-out in sentiment, and we have not achieved this yet. 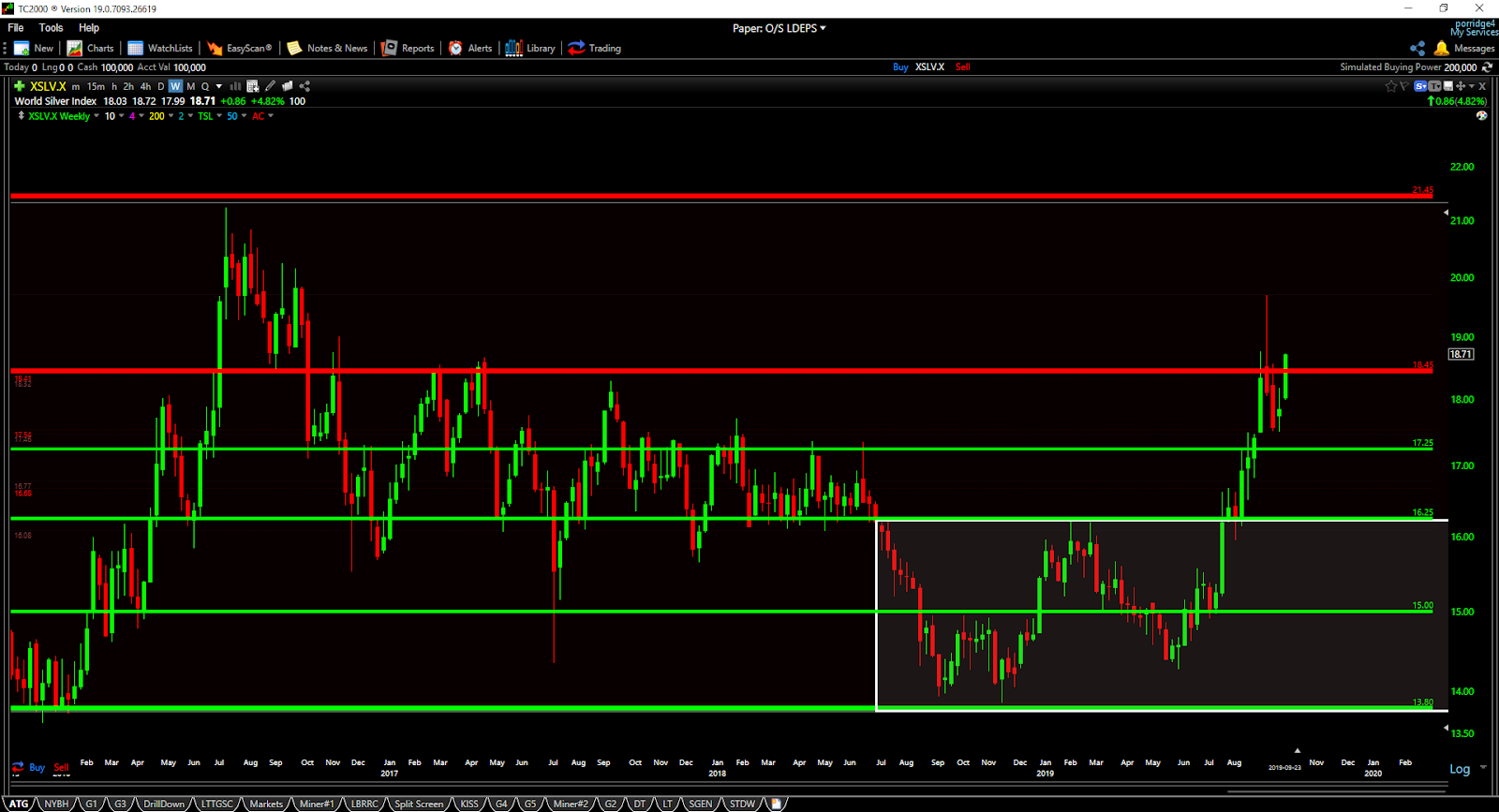 I am looking to start a position in silver at $17.40/oz or lower, and would also consider adding a couple of silver miners at these levels. For now, the bulls have their work cut out for them to prove this correction is over. If the bulls can push through $18.50/oz on a weekly close, the odds would increase that the correction is over and I am wrong. Until this occurs, however, I see a slightly better than 50% chance that we will re-test the recent lows at $17.50/oz before we see new highs. Upper support sits at $17.25/oz, with strong support at $16.25/oz.