as a guest columnist for The Striking Price.

In the Barron’s article I talk about how rapidly increasing uncertainty and risk in emerging markets during January was largely responsible for the 31.7% VIX spike on January 24, but was nowhere near the levels of June 2013, at least as measured by the CBOE Emerging Markets Volatility Index (VXEEM).

I also used the VXEEM:VIX ratio and some other data to support the idea that emerging markets have likely bottomed and are poised for a bounce. I concluded the Barron’s column with a couple of options trade ideas to take advantage of a reversal in emerging markets.

When I wrote the article, on Tuesday, my position on emerging markets was very much a case of going out on limb. By Friday’s publication date, which includes Tuesday’s option pricing data, emerging markets had already experienced a significant bounce and my emerging markets thesis no doubt sounded much less provocative than it would have three days earlier. 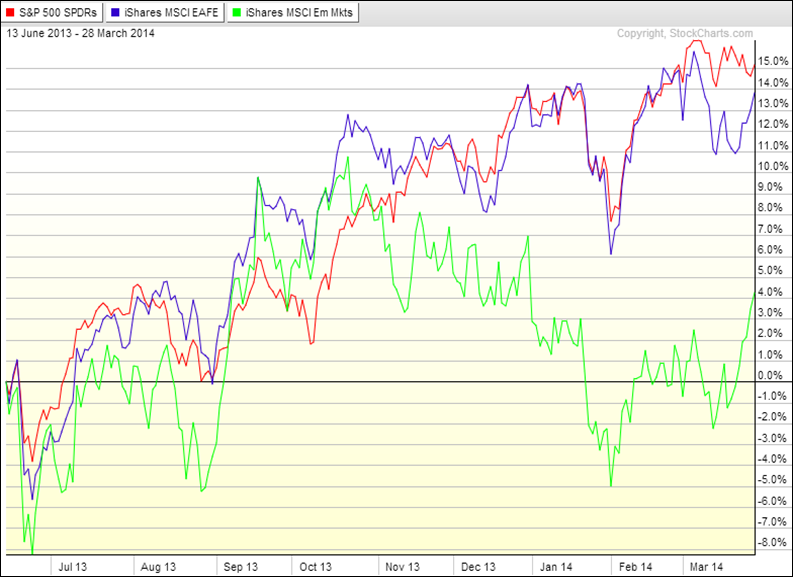 In any event, I strongly believe that emerging markets (NYSEARCA:EEM) and VXEEM bear close watching going forward, as the Fed moves toward a new policy direction, emerging markets grapple with rising interest rates in the U.S. and the global economic growth story has many critical ripple effects across the full emerging markets landscape.

Disclosure(s): CBOE is an advertiser on VIX and More

This article is brought to you courtesy of Bill Luby From The VIX and More.