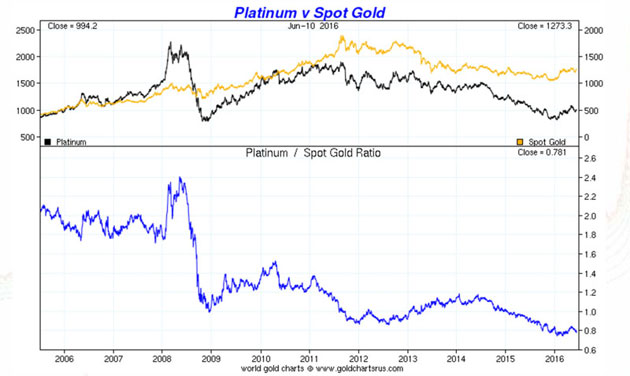 I wrote a book a couple of months ago about some of the basics of investing. The book has done well and it seems to have struck a cord with readers. In the book I try to explain that by listening to the “Experts” investors are doing themselves a disservice. When the “Experts” get it dead wrong, they don’t pay, you do. So why not take some responsibility for your own investment decisions? The Gurus don’t care if you make money; they only care if they make money.

Much of what you hear is noise designed to match your fantasies. If you dream at night of gold going to $10,000 an ounce, you can listen to Jim Rickards. And maybe he’s right. On the other hand you may belong to the choir that hates gold. If you do, perhaps you want to pay more attention to Harry Dent, who is calling for $400 to $800 gold in 2017. Or maybe they are both wrong but understand the best way to sell anything is to preach Armageddon of some variety and fill all the fantasies of your readers.

Jim Rickards rarely points out that he lost his first fortune while working for Long Term Capital Management. He had his entire fortune invested in LTCM stock. In my book I discuss what happens when someone controls over 50% of any market at all. They have to lose because in a zero sum market, due to transaction friction, the majority always loses.

You began reading this piece because of the title. If you love gold, you want to crucify me. If you hate gold you probably think I’m all wise. Actually all I wanted to do was point out a high potential investment that is pretty easy to make based on price movements in platinum during all of history.

Why should you dump gold and buy platinum? Before I answer that question, I need to fill you in with a short history of platinum.

The Indians of western Colombia, in the Choco Region, have been mining alluvial gold for thousands of years. When they were finding gold nuggets, they also came across a similar shiny silver-colored metal. Believing that this other metal was immature gold, they tossed it back in the rivers to grow. The heavy and shiny metal was platinum.

The first recorded recognition of platinum came in the writing of Julius Caesar Scaliger who came across platinum when he traveled to Colombia in 1557. A Spanish conquistador named De Ulloa has been given credit for the discovery of platinum after collecting samples of the metal while stationed in Colombia from 1735 until 1746. He later wrote a report about the metal, describing how the natives mined it and used it in traditional jewelry.

Due to the high temperatures required to melt platinum and a lack of commercial uses, platinum prices were low until the early years of the 20th century. During the 19th century, in response to the new discovery of platinum in Russia in 1820, the price of platinum was as low as 40% of the price of gold. From 1828 until 1845 Russia produced coins made of platinum, however the tests proved unsatisfactory. The few remaining coins from that era are highly valued today.

The First World War and the advent of the oil age brought new uses for platinum as an industrial metal and catalyst in oil production. From the late 19th century, prices for platinum increased due to the high cost of production and processing. Platinum almost always had a premium to gold since that time.

During periods of economic stability, platinum tends to carry a premium to gold, when the world faces economic instability, often the price of platinum will decrease relative to gold, even falling below the price of gold.

For a relatively safe investment the market says investors should be selling gold and buying platinum. That can be done either by buying a platinum ETF and selling a similar amount of a gold ETF or simply by trading gold coins for a greater number of platinum coins. (See chart above.)

I try to make the point in my book that the best way to ever profit is to buy things when they are cheap and sell them when they are expensive. That sounds difficult but if you subscribe to a charting service such as that of Nick Laird’s Sharelynx.com you will have all the data you need to make an intelligent investment decision. You don’t need me or any other so-called guru to tell you what you should be doing. 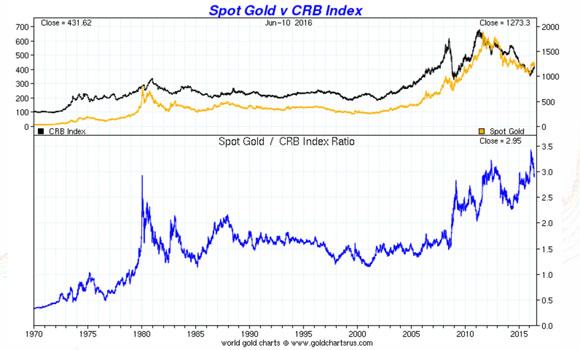 Buying platinum and selling gold is not a directional bet. You don’t care if the both go up or both go down or one goes down relative to the other. You only care about the spread decreasing from a record $331 per ounce premium to gold to a more traditional premium of platinum over gold. This is an investment that you can enter and go to sleep at night knowing you have made a high percentage bet with low risk.

Yes, the premium of gold over platinum could go higher. That just makes it a better investment over time. All things change.

Gold and silver investors should be paying attention to the Commitment of Traders released on Friday. The speculators are at a near record long while the commercials are at a near record short. This is exactly the opposite of what I pointed out in late December. The COTs were the most favorable in 14 years back then. They are as unfavorable now as they were favorable then. Nobody ever went broke taking a profit. It would be a good time to be thinking about taking some money off the table. You do not need me to tell you that, you can figure it out for yourself if you read my book.