Bullish and bearish factors continue to pull the price of crude oil in opposite directions these days. The crude oil market has changed dramatically over the past years. The United States has moved towards energy independence as today it is the leading producer of the energy commodity with 12.6 million barrels per day of output, according to the Energy Information Administration. Russia and Saudi Arabia produce less oil than the US.

Political turbulence in the Middle East has underpinned the price of oil. At the same time, the trade war between the US and China that has weighed on the global economy is a bearish factor for energy consumption around the world. Early next month, the international oil cartel will meet to decide its production policy for the coming six months. OPEC’s decision could cause an increase in price volatility over the coming weeks. The United States Oil Fund (USO) and the United States Brent Oil Fund (BNO) are ETF products that move higher and lower with the prices of the two benchmark oil futures markets.

Twice each year, the oil ministers of OPEC gather in Vienna, Austria, to assess the state of the oil market around the world. The mission of the cartel is to “ensure the stabilization of oil markets in order to secure an efficient, economic and regular supply of petroleum to consumers, a steady income to producers and a fair return on capital for those investing in the petroleum industry.” (Source: OPEC)

On December 5, the members of the cartel will convene at the 177th meeting. On December 6, the seventh OPEC and non-OPEC ministerial meeting will take place. While the members have made critical decisions in past years since 2016, the final decision has come on the second day of the annual gathering.

Russia is an influential factor

When the nearby price of NYMEX oil futures dropped to $26.05 per barrel in February 2016, Russia got a lot more involved in OPEC policy. With US production growing by leaps and bounds, the Russian joined forces with the members of OPEC to establish policies that lifted the price of the energy commodity. Since 2016, the Russians had participated in production cuts. They currently side by side with other OPEC members when it comes to the current 1.2 million barrels per day cut.

The Russian oil minister Alexander Novak takes his marching orders directly from President Putin. The Russians have been expanding their sphere of influence in the Middle East. Rising US production has caused OPEC’s power to decline when it comes to the price of the energy commodity.

Saudi Arabia has a particular reason to increase production cuts

Before the last OPEC meeting in early July, the Saudi oil minister had said that the desired range for Brent crude oil was $60 to $70 per barrel. 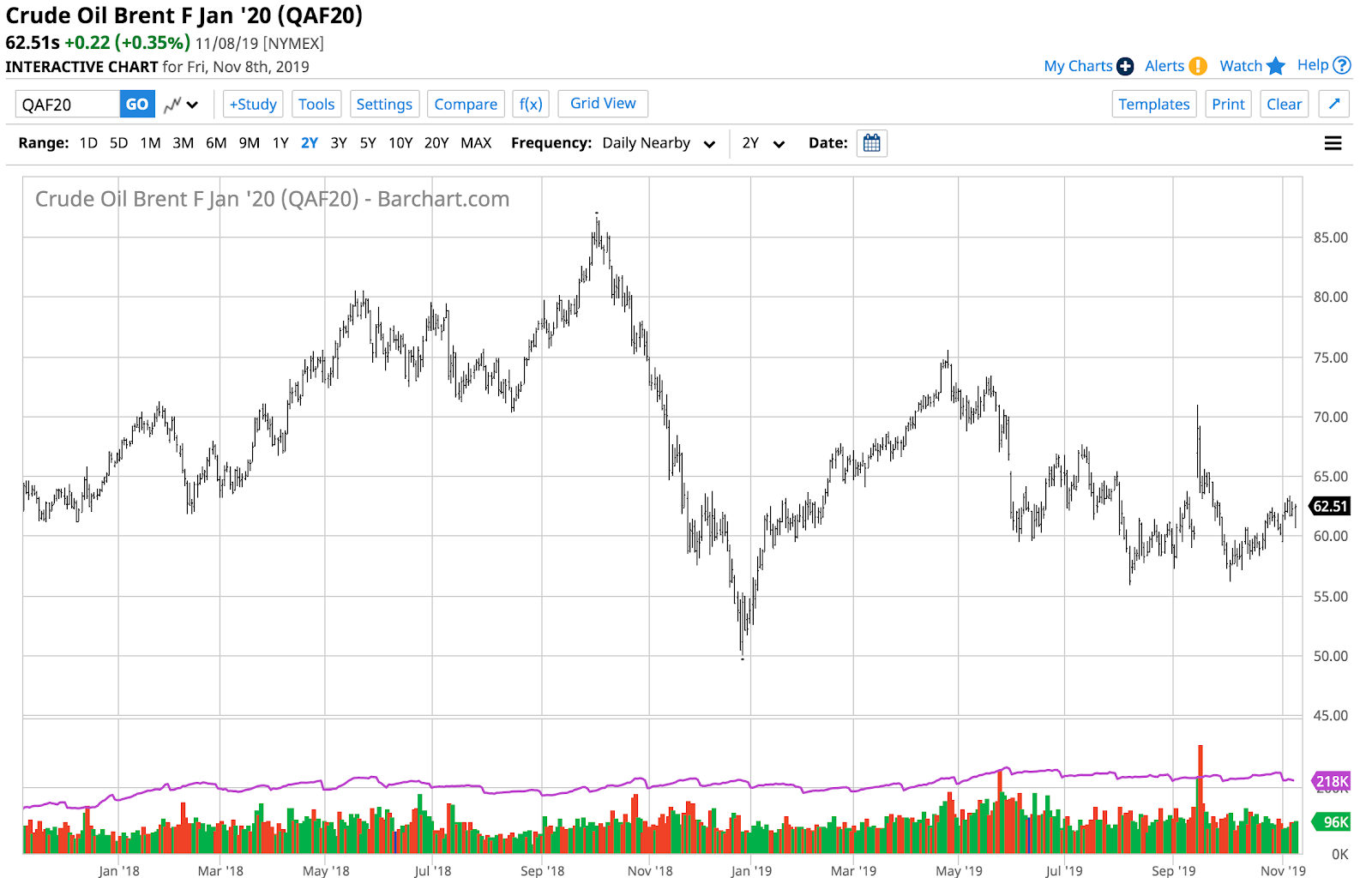 At $62.51 at the end of last week on the nearby January Brent futures contract, the price of oil is dangerously close to the bottom end of that range. The cartel will likely consider increasing its production cut going into 2020. The ongoing trade war between the US and China continues to threaten the demand for crude oil around the world.

The Saudis have another reason to trim output and push the price of crude oil higher. A critical element of Crown Prince Mohammed bin Salman’s Vision 2030 involves funding the Saudi sovereign wealth fund to diversify its economy away from dependence on crude oil revenues. The heir to the Saudi throne plans to bring an initial public offering of Saudi Aramco shares to the market. The sale of 5% of the largest company in the world with a valuation somewhere between $1 and $2 trillion will fill Saudi Arabia’s coffers with the capital necessary to make investments around the globe. Ironically, the Kingdom needs oil revenues to diversify. A higher price of oil would make an Aramco IPO more attractive to investors around the world.

The next OPEC meeting is now a little less than one month away. The speculation over a production cut could rise over the coming weeks, and that could push the price of the energy commodity back up to the top end of its trading range.