Steve Mauzy: Forget all the predictions.  Here’s what you need to know about the oil market and oil prices. 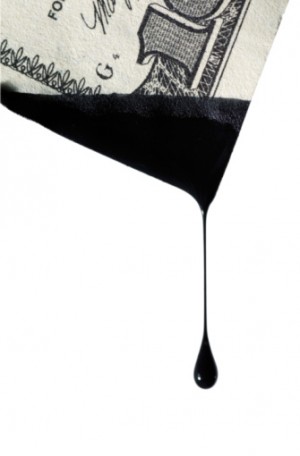 bin Talal’s words are imbued with a degree of gravitas most oil analysts lack. bin Talal is a Saudi, so he likely understands the economics of that country’s oil production better than most. He is a billionaire, albeit one born with a silver spoon, though one he has burnished. Over the years, bin Talal has grown his endowment with shrewd investments in Citigroup (NYSE: C), Apple (NASDAQ: AAPL), News Corp. (NASDAQ: NWS), the Four Seasons hotel chain, and the Plaza Hotel in New York.

That preamble aside, should bin Talal’s prediction be heeded?

The short answer – no. bin Talal, and everyone else, has no idea where oil is headed.  Yes, everyone can guess – and be right on that guess – but it’s still a guess.

The oil market is the most expansive, most integrated, most complicated, most fickle market on earth. In 2013, world production averaged 75.24 million barrels per day.  Revenue from the top 10 oil and gas producers alone exceeds $3 trillion. Oil exploration and production occurs across the planet. Oil is fungible: one unit of crude is indistinguishable from another.  Everyone has demanded and consumed oil or an oil derivative. The dynamics of who supplies and why and who demands and why are so appalling complex they boggle the mind.

And when the mind is boggled, it searches for heuristics.  That is, it searches for mental shortcuts.  Extrapolation is one of the more prevalent and easiest shortcuts. The trend today will extend to tomorrow, and then many more tomorrows after that.

Unfortunately, the oil market is possibly the worst market in which to extrapolate a price trend.

Until 1973, you could get away with extrapolation. The 42 years that followed have rendered price extrapolation worthless. 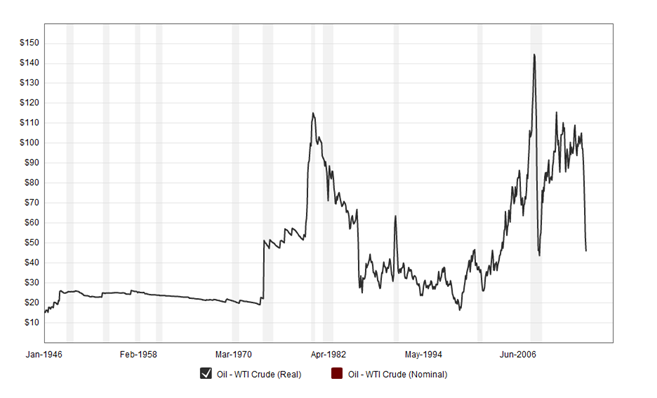 The recent history of oil prices shows a predictable pattern, in that it can’t be predicted: There’s an excellent chance tomorrow won’t follow today. If the oil market is marked by anything, it’s price volatility. In the eight-month period from June 2008 to February 2009, oil prices plunged to $40/barrel from $140/barrel.