John Townsend: It feels almost ridiculous and nearly irresponsible for me to suggest that gold will fall to below $1430. Personally, I think it has fallen way too much already. In a very short period of time the value of my holdings in mining stocks have been cut in half and I have no interest whatsoever in seeing gold tank even further.

But for what it’s worth, I see a good possibility that gold has further to fall – much further.

Last summer I did some research on Gold C-wave Tops and D-wave Retracements. I think I was able to boil down the most important statistics and make some sense of the topic generally. Some of those findings include that the range of C-wave corrections (D-wave) is from 54% to 89%, that all previous D-waves corrected 50% within the first 32 trading days, and that most D-waves were in the range of 40 days, with the exception of the 2008 nightmare specimen which was 152 trading days.

One of the things I did not mention in that study is the fact that every C-wave top, with the exception of the 2002 specimen, was followed by a (one) left translated intermediate cycle.

Anyway, at the time I did this study it never occurred to me to specifically determine whether the C-waves ever/always/sometimes break their trend lines within the D-wave corrective phase.

I’m going to show you a chart of each C-wave from 2002 and have added the relevant trend line on each. I have not taken the additional time to identify (label) the repetitive ABCD pattern, but I have indeed considered each very carefully.

Oh, before I forget, the current C-wave top was followed by not one, but two left translated intermediate cycles. That has been a new twist which I imagine should not be too surprising considering that this C-wave dwarfed all previous specimens.

Also, at today’s closing price of $1544 this D-wave has nearly retraced 38.2% of its C-wave. A price in the neighborhood of $1520 would make a 38.2% retracement. The 50% retracement level, should this correction decide it needs to make the minimal historic retracement, comes in at $1395.

Will gold make it low enough to break its trend line? Worse yet, will it make it to the 50% retracement?

Beats me. I sure hope not!

In any event, I am absolutely NOT selling any of my mining positions for a loss. Period. I learned a very good lesson in 2008 and plan to make it pay me back this time.

Best wishes for your success, always. 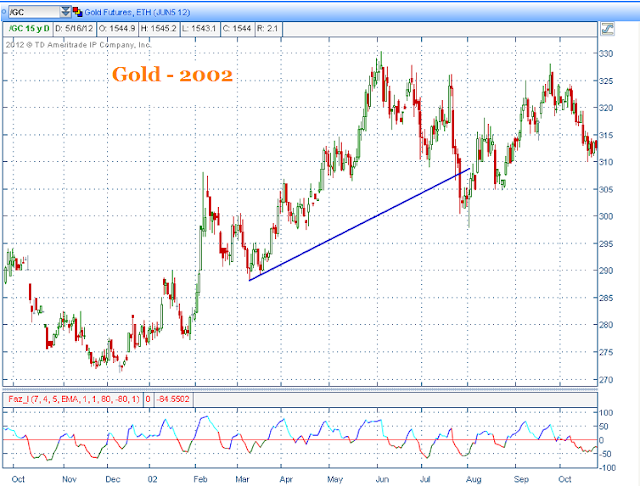 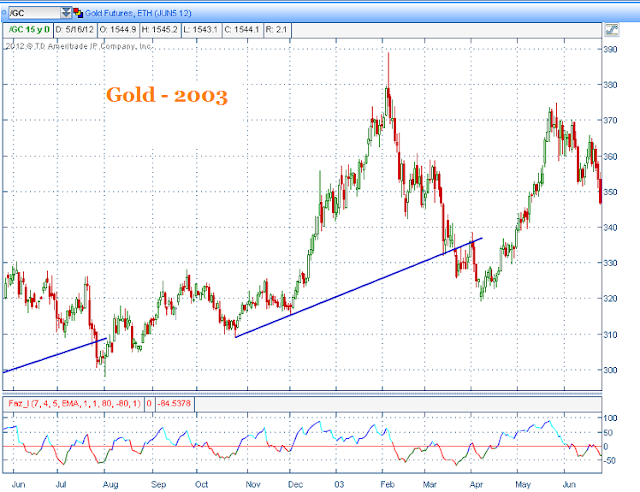 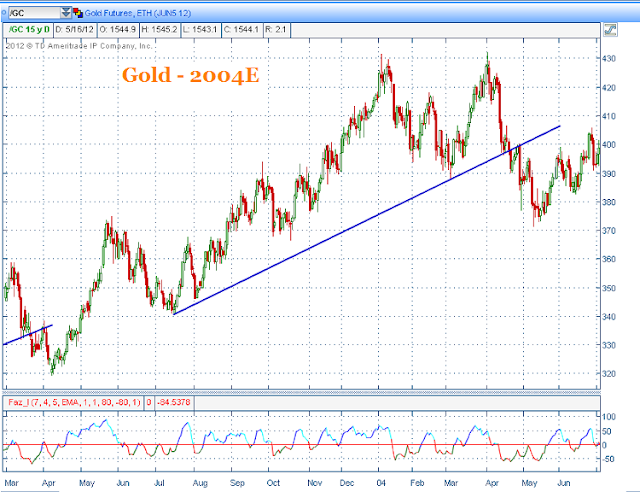 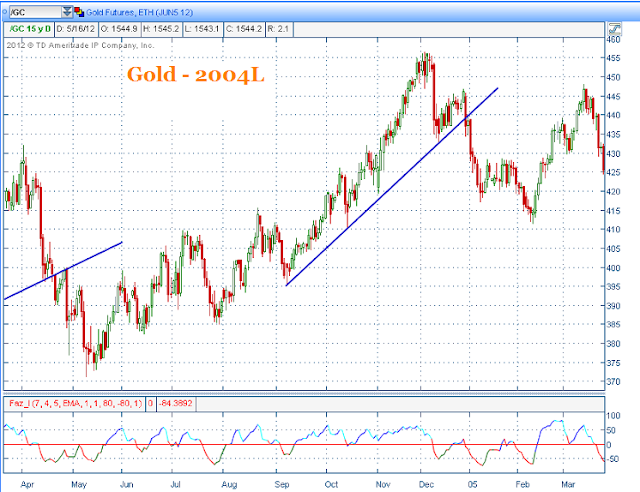 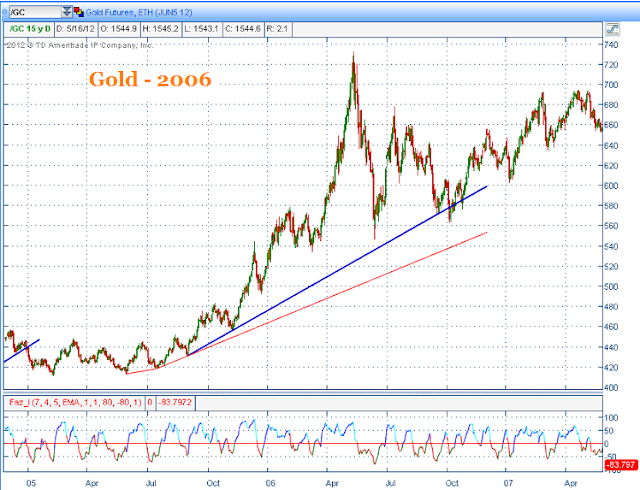 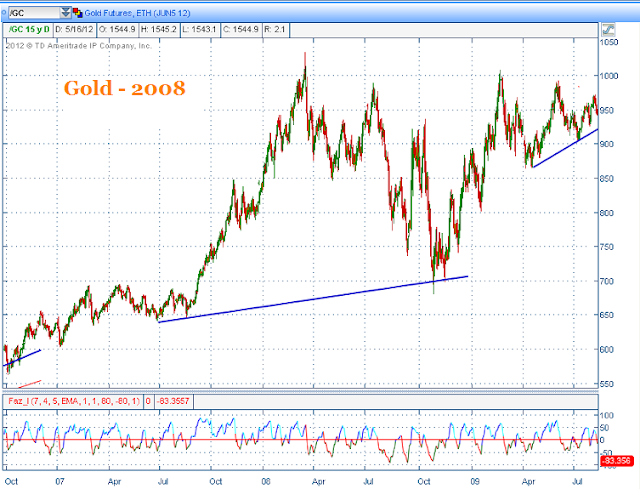 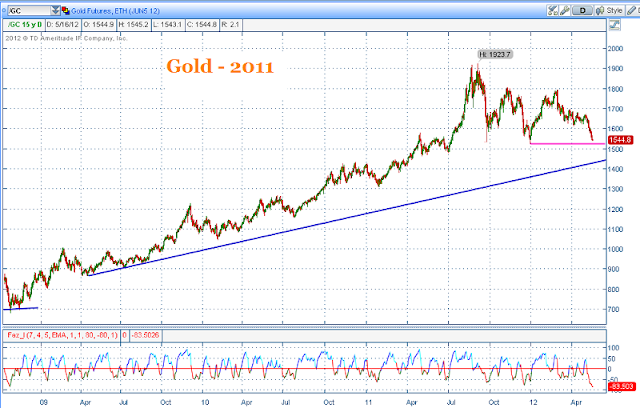