I’m an income investor. Rarely do I buy an asset without an income component. In my world, investments are valued on the present value of their cash flows. 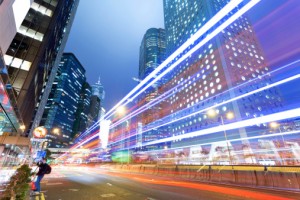 I can’t say the same for Tesla Motors Inc (NASDAQ:TSLA), because I refuse to view it as a real company. Tesla exists solely because of privilege. Look no further than its prospective Willy-Wonka-esque battery factory.

Earlier this year, Tesla announced it intended to build a $5 billion battery factory somewhere in the Southwest. After the news broke, government operatives responded with a cornucopia of tax incentives and subsidies. A bidding war (as Tesla officials no doubt expected) ensued.

Six months hence we learn that Nevada has won (or lost?) the war. It is working to incorporate the coveted Tesla factory by committing $1.3 billion of other people’s money to Tesla’s coffers over the next 20 years. Republican Gov. Brian Sandoval – he of the putatively free-market party – claimed the “investment” would change Nevada’s economic climate and spur $100 billion in economic benefits over the next 20 years. Which Keynesian economist whispered $100 billion into Gov. Sandoval’s ear, I have no idea. Anyway, it’s a nice, round, impressive number… even if it is totally fabricated.

Of course, most large corporations are competent political entrepreneurs, but here Tesla excels because it is imbued with the advantage of political correctness. Politicians so want Tesla to succeed and they simply want a plausible reason to give Tesla other people’s money.

That’s good news for Tesla, because if it were not for political patronage, the company would be as market-relevant to consumers as a whaling harpoon. It continually loses money ($166 million over the past 12 months at last count).