Tesla appears to follow the confused merchant’s mantra when it comes to selling cars: We lose money on every sale, but we make up for it in volume. And it loses money on every sale despite a $7,500 head start (federal tax credit) on the competition. When you peruse the 10-K (pages 23 through 58 are particularly engaging), you get a sense of the extent the business model is built on government largesse. 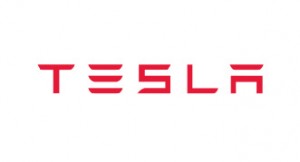 To be sure, startups frequently lose money out of the gate, and then for years afterward, before earning a profit. But most are predicated on reality: make it in the market or else. Tesla’s business of the battery-powered car (and even batteries in general) is predicated on a chimera and wishful thinking that’s existed since the late 19th century. Yes, even then people wanted to populate what roads there were with automobiles powered by Nikola Tesla’s new discovery.

The same problems that existed in 1899 persist in 2014: the power plant remains grossly expensive and grossly inefficient. To replace the battery pack on the Model S will run over $30,000. And if the battery pack lasts over 100,000 miles, as Tesla claims, the efficiency of the pack on mile 100,001 will be far inferior to that at mile 1. Over time, all batteries lose their ability to hold a charge.

A brand new Honda 2.4L DOHC I-4 engine, in contrast, gets over 30 miles to the gallon and will easily last to 200,000 miles with little loss of efficiency if properly maintained. To replace (which is highly unlikely) Honda’s clean-burning 185-HP gem with a new unit will cost around $7,000.

Whatever supplants the internal combustion engine, if anything does, is unfounded in last century’s technology. It resides in the future, and it is likely on no one’s radar at the moment. But never mind. As long as investors and politicians continue to believe in unicorns, and have no compunction about funding monuments to unicorns, Tesla Motors will exist and even enrich some investors. The risk is that one day they will stop believing and stop funding, and then the unicorn will disappear.

This article is brought to you courtesy of Steve Mauzy From Wyatt Investment Research.