Silver (SLV) had a sluggish start to the year, as it headed into the back half of 2019 with a negative year-to-date return. The past two months, however, we have seen a complete 180 in the metal’s performance. Not only has silver managed to more than double the return of gold (GLD) thus far this quarter, it’s also the best performing asset this quarter with a 19.50% return. This significant outperformance has bumped silver up fifteen ranks from the asset classes I watch, and SLV now sits in 22nd out of 37 for performance, up from 35th of 37 ranks as we began Q3. This is a significant development as the last time we saw a jump like this was Q2 of 2016 before silver proceeded to tack on another 20% the next quarter. While that rally was intense but short-lived, this one looks like it might have more legs. The reason for this is that we’ve got a multi-year breakout in gold, whereas we did not have one during the 2016 cyclical bull. In even more positive news, silver has reclaimed its key monthly moving averages as of August’s close and is now back to bullish on its monthly chart. This is a very positive development long-term. Based on this, I would expect any 7% or larger dips to be buying opportunities. 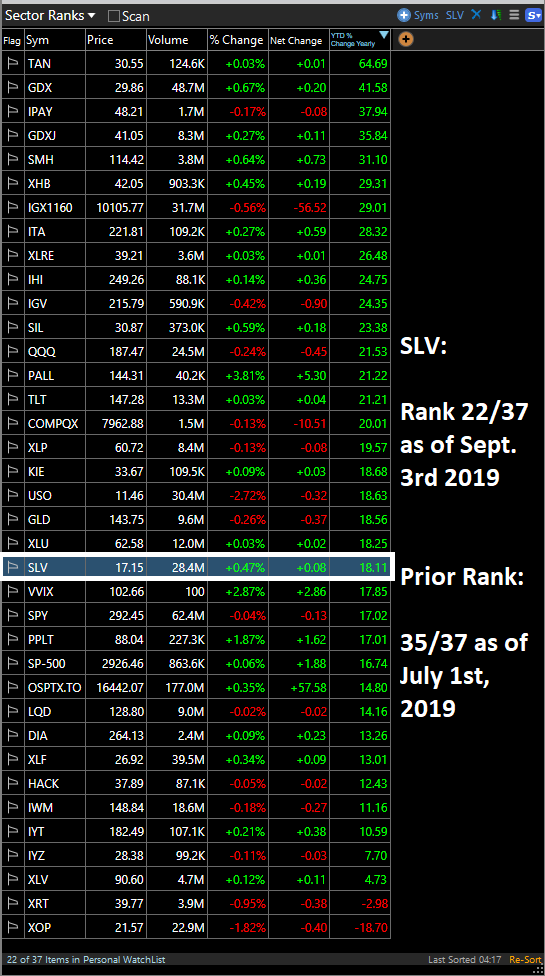 Silver has seen an explosive move the past two months, after one of the most depressed gold/silver ratios in a long time. While there’s a reason to believe this run might be running out of gas short-term (1-2 months), the recent flip to bullish on the monthly chart points to higher prices on the monthly chart long-term (6-12 months). Silver has finally closed back above all of its key monthly moving averages, and the last real hurdle in its way is $18.45/oz weekly resistance. Above this level on a weekly close, and it’s blue skies until the $21.45/oz level. This is a significant development for the bulls, and a breakout of this multi-year base shown below would significantly increase the probabilities we’re heading back to test the 2016 highs near $22.00/oz within the next year. For silver miners, this would have very positive ramifications, as most of them are producing near the $15.00/oz range. A move above $20.00/oz would finally give them some reasonable margins to work with. 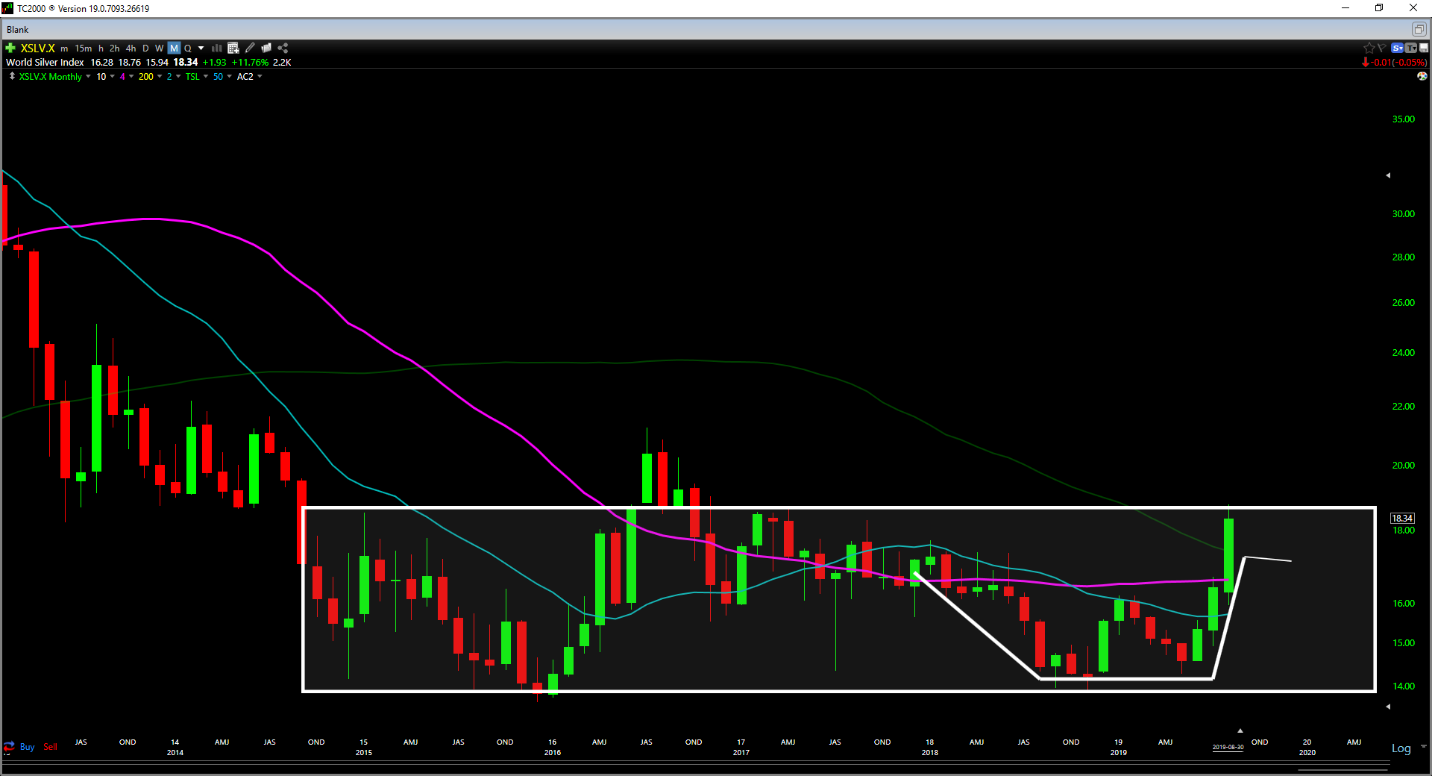 As we can see in the above monthly chart, silver is above its critical monthly moving averages and looks to be building out a sizeable saucer-shaped base. Based on sentiment readings being quite high at over 90% bulls, a pullback or sideways consolidation would not be surprising here to shake out some weak hands. However, I believe that the pullback or consolidation will set up new highs in either Q4 or Q1 2020 as long as silver defends the $16.25/oz level on any corrections. This means that silver can correct 7-12%, but it will still not put a dent in the bigger picture. The reason for this is that the 20-month moving average now sits near $16.00/oz, and should provide strong support if it’s tested on a pullback.

While the sentiment backdrop for silver continues to be a little frothy, all of the larger time-frames are supporting higher prices. This suggests that pullbacks of 7% or larger are buying opportunities, and one should not lose sight of the bigger picture. I do not believe this is a wise time to be starting new positions in silver or silver miners, but I do think that a pullback would be an excellent opportunity to begin accumulating. I will be looking at the $16.25/oz – $17.10/oz to start entering new positions. A shakeout over the next 1-2 months to clear out some weak hands into profit-taking would not surprise me at all, but I think it will set up a move over $20.00/oz before the end of February.