Juniors can’t fund their projects, which means that the majors’ reserves will continue to shrink. Rick Mills argues that this process can have but one result: higher metals prices across the board. In this interview with The Mining Report, the owner and host of Ahead of the Herd.com highlights a half-dozen gold, silver, copper and nickel companies that will leverage these high prices, and introduces us to a Canadian company’s unique cobalt project in Russia.

The Mining Report: Last month, the price of gold rose over 3% in one day. Can we ascribe this to the conflicts in Ukraine and Iraq or the unraveling of Chinese commodity financing deals?

Rick Mills: I don’t think those things had anything to do with it. The unraveling of Chinese commodity financing deals was mostly about copper. While the situation in the Middle East is certainly affecting the price of oil, I believe that Federal Reserve Chair Janet Yellen has more to do with the price of gold than anything else going on in the world today.

“North American Nickel Inc.owns the entire Greenland Norite Belt; this is the play.“

TMR: You’re referring to her press conference of June 18? 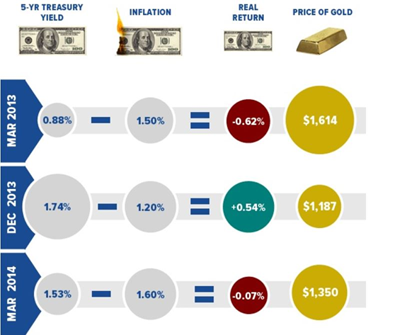 TMR: Many goldbugs believe gold and silver prices are manipulated downward by central banks. Do you agree?

RM: No, I don’t. I almost wish it were true. If it were, I could sit back and play the markets knowing exactly what was going to happen next. This claim of manipulation is just an excuse for being constantly wrong. It’s a business model to sell gold off your website and expensive newsletter subscriptions. Learning about sector rotation and macro events will make you a much better investor than clinging to conspiracy theories.

TMR: Do you have any thoughts on where the prices of gold and silver will go in the second half of 2014?

RM: Higher sooner rather than later. That goes for copper, nickel, tin, zinc and pretty much any mineral. It’s a question of supply and demand. Junior resource companies own the world’s future deposits. They buy claims from prospectors, work the projects and advance them to where they are bought by larger companies. And these mining juniors cannot get funding. So how will the majors replace their reserves? The answer is that they can’t. It’s just a matter of time before metals prices react to physical shortages. Think about it, when was the last time you heard of a major mining company making a discovery?

TMR: You’ve written at length about rising global scarcity of resources. What effects will this have on metals prices?

RM: We live on a planet with a finite resource base with a growing population. We reached 7 billion people in October 2011. The United Nations says we can probably expect upward of 10 billion people by 2050. Other reports claim that world population will reach 11.4 billion by the 2060s. Norman Borlaug, the father of the green revolution, said if we do everything that he has shown us, and there are no black swans, the earth could support 10 billion people at most.

Ecological overshoot is coming. Our freshwater aquifers, probably our most important treasure, are being sucked dry by industry and unsustainable drybelt agriculture, and poisoned at the same time through fracking. We’re rushing headlong into shortages of resources and the resulting conflicts over them. The low-hanging mineral fruit has been picked. Metallurgy is becoming more complicated, energy is becoming more expensive, and labor shortages loom. The baby boomers are starting to retire en masse, and the resource-orientated talent pool is thinning out.

At the same time, massive urbanization is ongoing in Asia and Africa. As people there move into the cities, they climb the protein ladder and eat more dairy products and chicken and beef. They get cell phones and maybe a washer and dryer, air conditioning and a motorcycle. All this puts an enormous strain on supply. Metals are going to get much scarcer, and prices are going to get very dear.

TMR: You’ve also written about the return of economic imperialism. Do you foresee superpowers invading countries to secure resources, or will they apply pressure indirectly?