EconMatters:  Natural Gas Prices Bottomed. Everyone is trying to figure when the oil markets will bottom. Well lost in all the crazy action in markets globally is the nice resurgence off the bottom for natural gas prices.

Natural Gas prices have essentially gone from $1.68 per MMBtu to $2.40 per MMBtu rather rapidly in the midst of a mild winter so far.

The reason is that all those rig reductions are starting to affect the production of the commodity, less natural gas is coming to market relative to expectations. 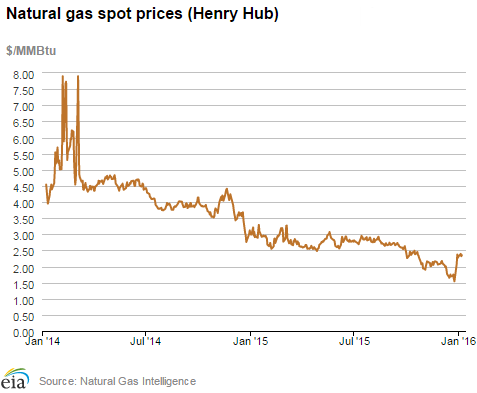 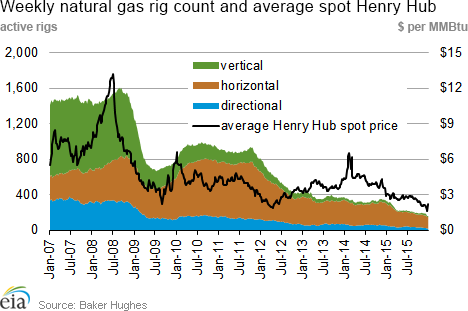 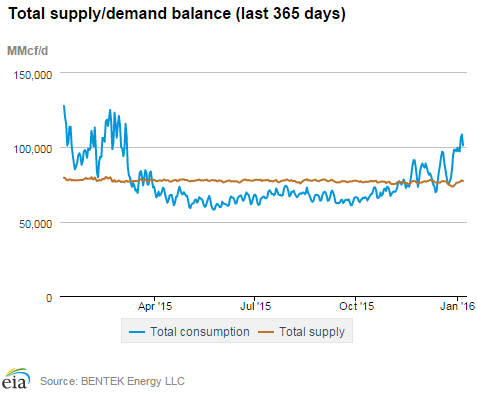 The lag effect in all those rig declines is starting to show up in the natural gas production numbers, and although the cut in oil rigs hasn`t shown up yet in oil production in a meaningful way, it is just around the corner over the next three months by my calculation.

We should start to experience some meaningful U.S. Oil Production cuts by late March and early April which will solidify the fact that the oil market had long sense bottomed in January of this year. 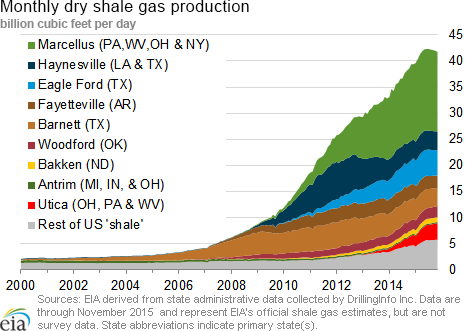 By the time everyone realizes that the oil market has bottomed it is too late to make the real good, easy money off the bottom, just like in natural gas prices.