Will this third time be the charm? Or will history repeat with another short-term collapse toward support? 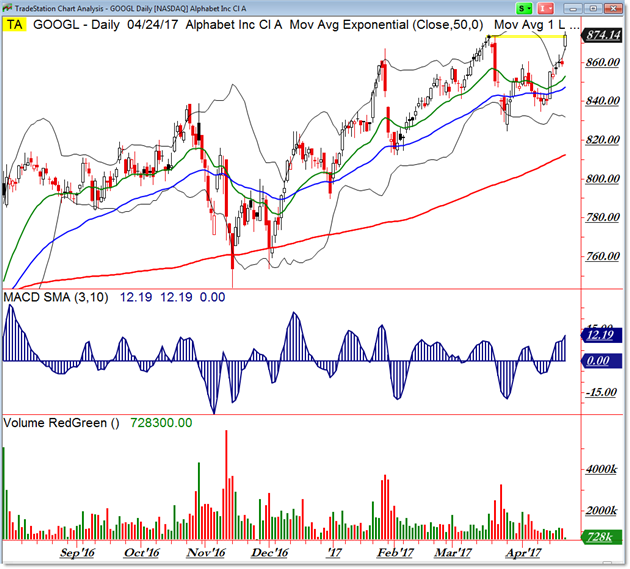 GOOGL is a popular stock due to its volatility and is often a favorite of option traders due to the high price.

Nevertheless, traders were treated to nice retracements and swings to new highs in 2017.

However, just after the late January and March new highs, sellers struck and collapsed the price lower.

However, each new high occurred on relatively lower volume and momentum.

For GOOGL to hold the highs and extend toward $900, we’d like to see momentum and volume rise with price.

If you’re trading here, focus on the $875 level, the potential for an extension (breaking history) toward $900, or the “history repeats” plan which calls for a future sell swing down away from the $875 target.

Frame your trade in terms of the “repeat history” or “this time is different!” plan.

Alphabet Inc (NASDAQ:GOOGL) was unchanged in premarket trading Tuesday. Year-to-date, GOOGL has gained 10.91%, versus a 6.10% rise in the benchmark S&P 500 index during the same period.

This article is brought to you courtesy of AfraidToTrade.com.