Tony Daltorio:  In the past several quarters, investors’ eyes have been focused squarely on Apple Inc.’s (NASDAQ:AAPL) iPhone sales in China. And rightly so. Much of the company’s near-term success now hinges on China. 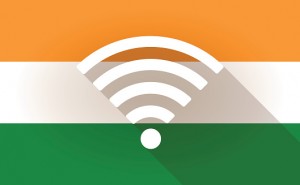 But eventually, the Chinese smartphone market will mature. Then investors will have to shift their gaze to another Asian giant for a read on Apple’s continuing success.

As I’ve mentioned before, the last great untapped market for Apple is India.

By the end of the year, India will overtake the United States as having the world’s second-largest base of Internet users. It will have over 400 million Internet users, trailing only China’s 650 million.

Much of the rapid growth is being fueled by rising smartphone sales in conjunction with booming mobile data users. There are now 276 million mobile data users in India, according to the trade group Internet and Mobile Association of India. That is up from 159 million users just a year ago.

This boom is due largely to two factors.

First, the average price of a smartphone fell to about $130-$150 last year. That is roughly half what a phone costs in China.

Second, cell service companies now sell packages of data for as low as 11 rupees (17 cents) for 30 megabytes of data. No wonder 94% of Indians with Internet access do so through their smartphone.

And there is more to come.

Internet penetration in India is still low. It is currently at 30% of the population. In comparison, China is at 50% and the U.S. is at 87%, according to the World Bank.

But to date, Apple has been a non-factor in India. At an astonishing 18th in Indian smartphone sales, it represents a minuscule 0.9% of the smartphone market.

Apple sold only 1.7 million iPhones in India in its latest fiscal year. That compares with 1.1 million a year earlier. Both numbers are basically a rounding error for a company the size of Apple.

Apple badly lags the leaders in the Indian smartphone market at the moment. These are: Samsung(OTC: SSNLF) with 24%; two local firms – Micromax and Intex – with 16.7% and 10.8%, respectively; Lenovo (OTC: LNVGY) with 9.5%; and another local company, Lava International, with 4.7%. 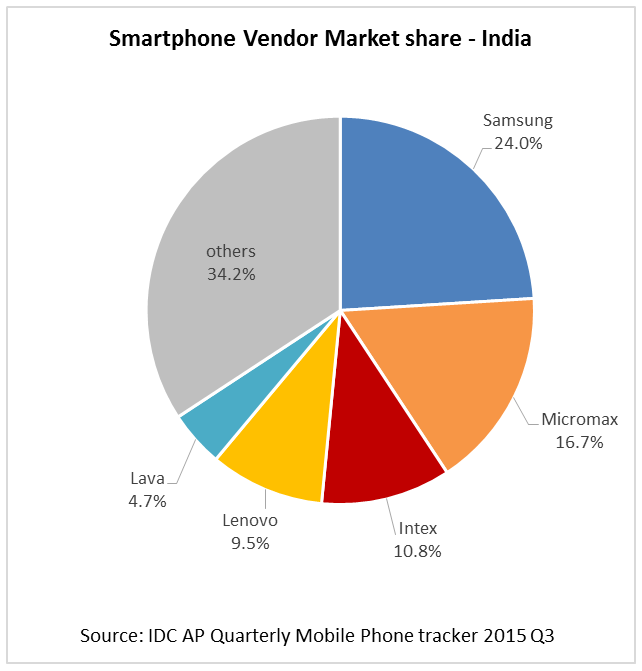 Other players are crowding into India too. In its latest quarter, the “Apple of China,” Xiaomi, crossed the 1 million sales mark for the first time in the country.

Obviously, Apple has to get its act in order in India – and soon.

Apple has ignored this land of low-priced smartphones for too long. It hasn’t even opened an Apple Store there yet.