It’s been yet another volatile week in the metals complex, with gold (GLD) and silver (SLV) losing a little of their luster with renewed trade chatter. We got news this morning that China and the U.S. are open to rolling back tariffs in phases, and this certainly hasn’t done anything to prop up the fear trade. Silver, which had managed to bounce nearly 6% off of its October lows, looks to be headed back towards that level to test the buyer’s mettle. While sentiment has made a decent step in the right direction as I’ve discussed on gold, we continue to have elevated sentiment on silver considering the drop we’ve seen. Based on this, I would not be surprised to see silver undercut its lows at $16.90/oz over the next few weeks.

While bullish sentiment in gold has seen a violent pull back from 95% bulls down to 25% bulls in October, sentiment for silver has barely even budged on a relative basis. Typically, 7-10% corrections in an asset class will lead to drops below 35% for bullish sentiment, and we saw this with the S&P-500 (SPY) correction in May, and the correction in gold thus far since September. However, silver saw a 14% drop from peak to trough and still remained well above the 50% level. This is very abnormal and suggests that the bulls in silver aren’t easily swayed by adverse price action. 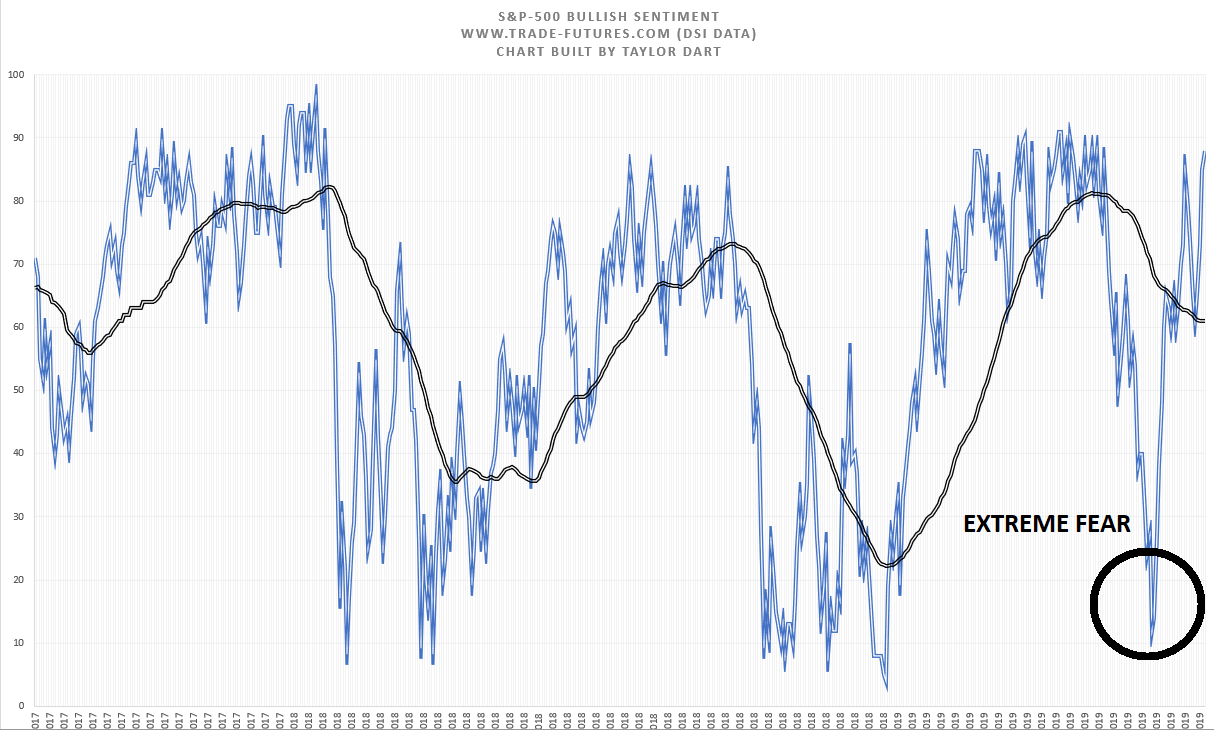 As we see from the above chart of bullish sentiment on the S&P-500, the 7% plus drop in May had the bulls running for the exits. We saw bullish sentiment drop down to below the 15% level, and this was in line with what we would expect after a deep sell-off. 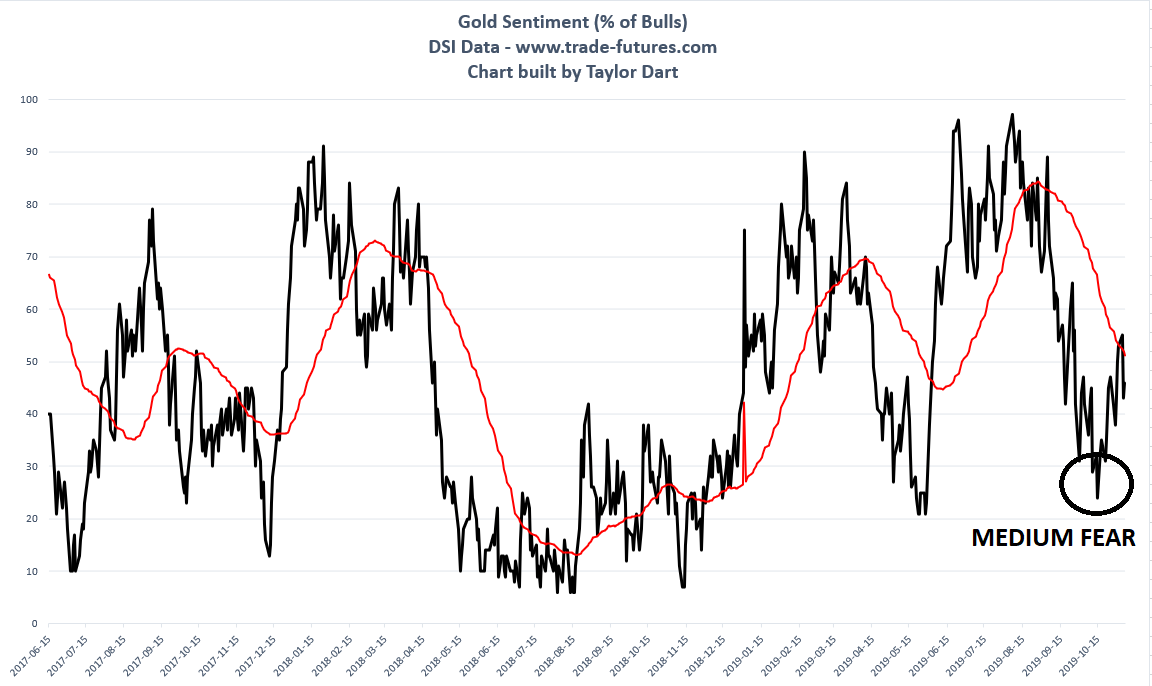 We saw the same thing with gold last month, as gold had pulled back 6% from its highs, and bullish sentiment did a complete 180 from where it sat in late August. However, when it comes to silver, we’ve seen nothing of the sort. The chart below shows just how unwavering the bulls have been in this correction and the fact that we have nearly 70% bulls this week despite still being more than 8% from the prior highs. This optimism tells me that the bulls are secure in the fact that the correction has run its course, and that new highs are on the horizon. When the bulls are emboldened to this effect and too confident, things usually get shaken up a little. 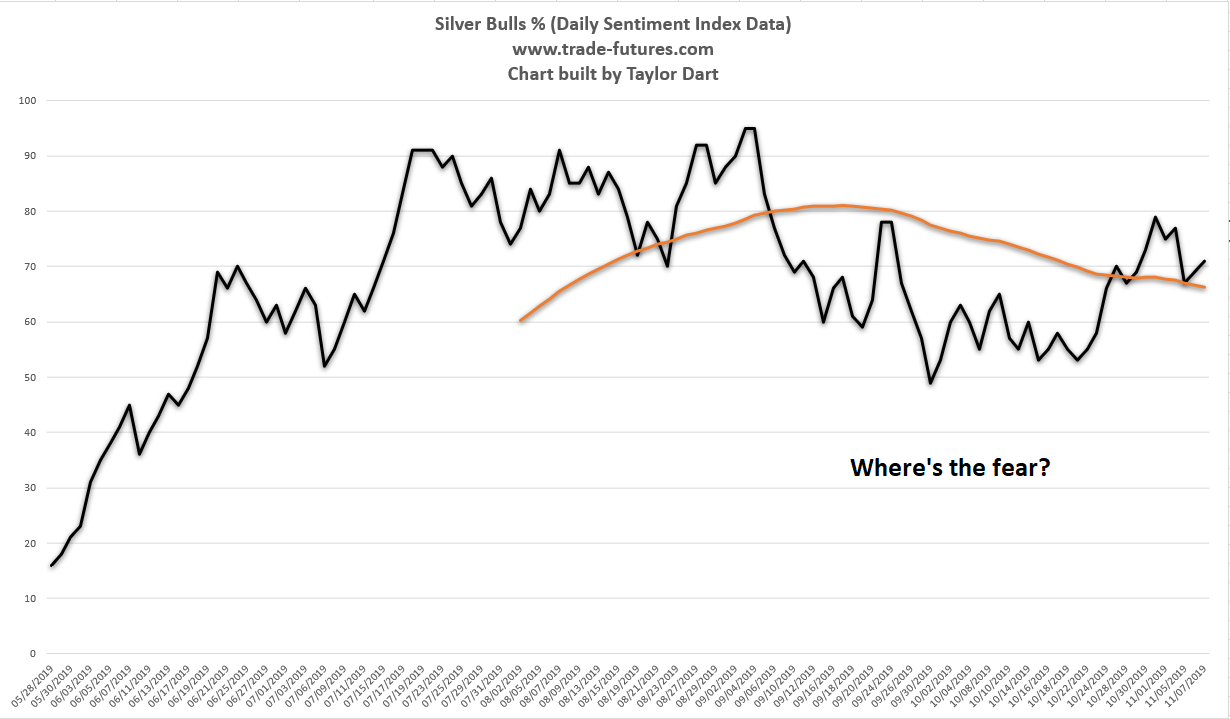 So what should one do if they’re anxious to get long silver?

I am personally waiting for the bullish sentiment on silver to head below the 40% level, and ideally even lower before getting interested. A weekly close below $17.25/oz for silver will put a potential test of $16.25/oz on the table, as this is the next critical support level. Based on this, I see no rush to be a buyer at current levels as a weekly close below $17.25/oz is now looking more likely. 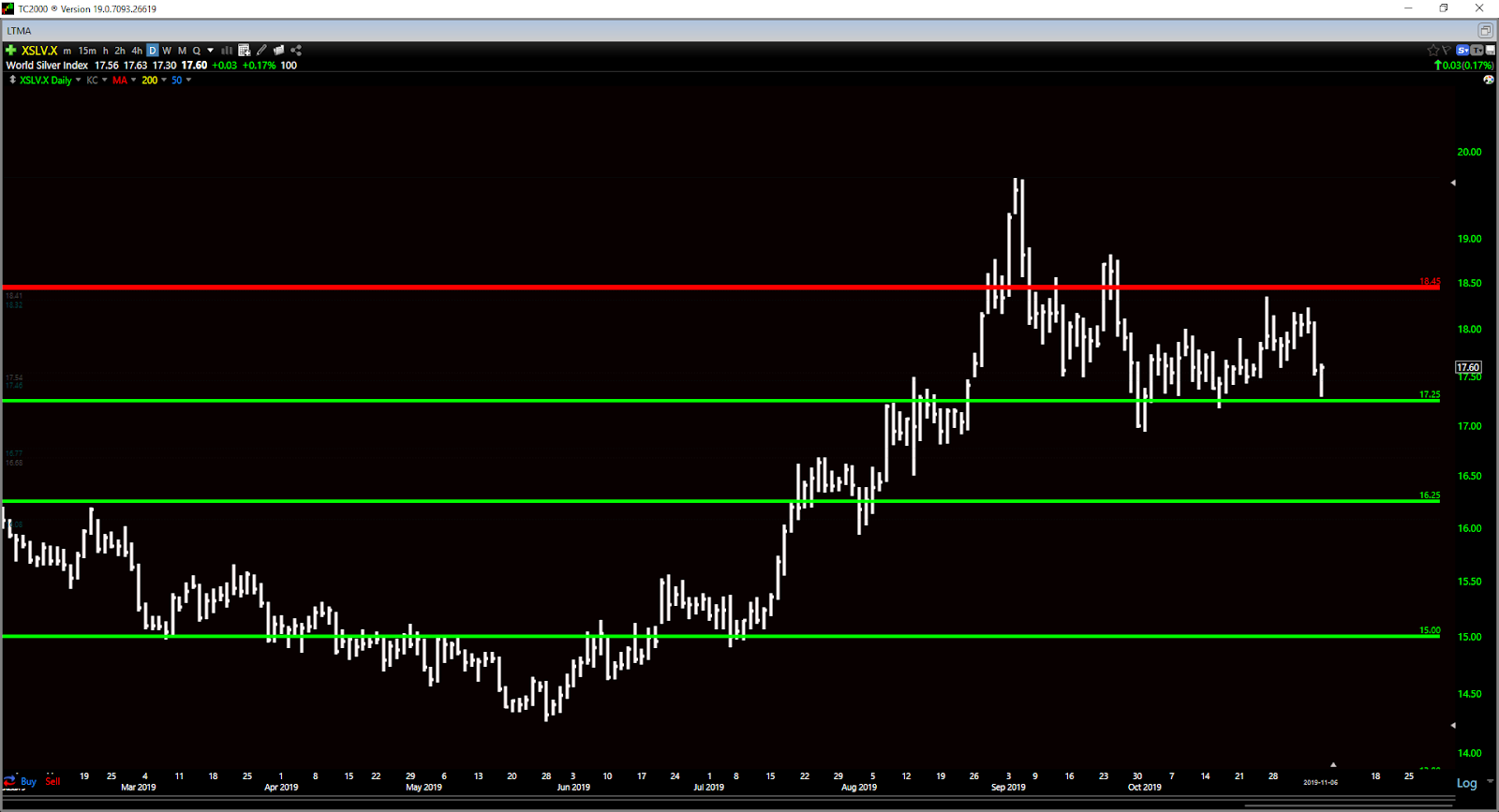 The key resistance for silver is $18.45/oz, and as long as the bears can defend this level, there’s no reason to believe the correction is over. I want to be a buyer when everyone else is regretting being a buyer, and that area should be at $16.70/oz or lower for silver. For this reason, this is the first spot I’m looking to consider starting a position in the metal.