Experienced investors know that commodities and equities move in cycles, and understanding where copper, iron ore, nickel and zinc are in the cycle can result in much smarter decisions than blindly following the pack.

In this interview with The Gold Report, Salman Partners Vice President of Commodity Economics Raymond Goldie brings some perspective to the charts and names the junior mining companies that could ride the inevitable waves up. 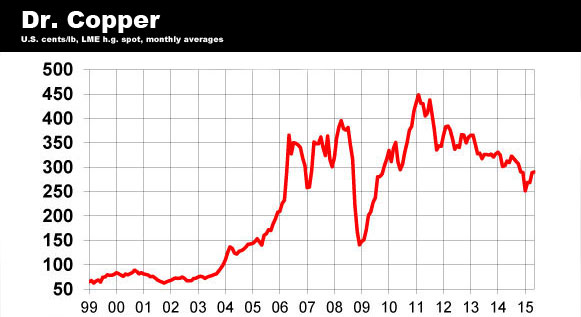 The Gold Report: You recently wrote a paper called “Stagnation: The New Paradigm?” where you put current commodity prices in perspective by showing charts going back to 1999. What happened over the last five years in iron ore and copper and what can we expect going forward?

Raymond Goldie: The price of iron ore from 2011 to 2015 dropped more than 70%. If you look at the other great indicator of the mining industry—the price of copper—you find a similar, but smaller, decline over the same time period. 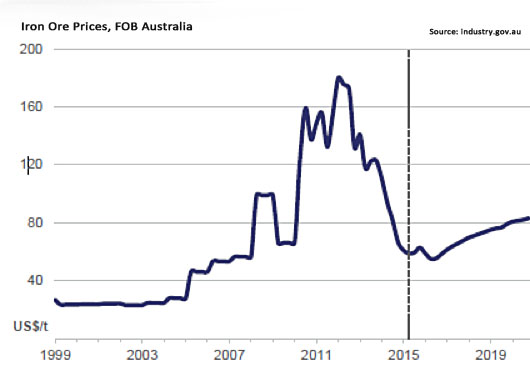 TGR: What were the fundamentals both behind iron ore and copper’s astronomical moves up going back to 2004 and the subsequent falls?

RG: Iron ore prices really started to rise in 2008 because of increasing demand for infrastructure needs globally. Copper received added attention in China as it became seen as money right alongside gold. Chinese bankers started using copper, especially for foreign trade financing, which helped push copper prices up to levels that may not have been sustainable.

In both cases, the main reason for the following shift down was that supply had increased faster than demand.

Both iron ore prices and copper prices are, even at their relatively depressed levels today, higher than any price that they’d ever seen before 2006.

TGR: The continuing trend lines that you have on both iron ore and copper in these charts show slow, steady growth going forward. What prices are you expecting in 2016 and beyond?

“Trevali Mining Corp. is one of the best zinc plays.“

In the case of iron ore, there is no forward strip market, so I relied on the Australian government forecast. We’re at a pretty flat bottom now and the best estimate is a steady increase in iron ore prices.

TGR: What would steadily increasing commodity prices mean for the commodity equities market?

RG: That’s a very good question—how strong is the relationship between commodity prices and commodity equities? One of the answers is that stocks of companies that produce copper, like Freeport-McMoRan Copper & Gold Inc. (FCX:NYSE), the biggest one, and some of the smaller producers—the biggest one in Canada is First Quantum Minerals Ltd. (FM:TSX; FQM:LSE)—follow the larger equity market closer than the commodity prices.

One of the charts that I’ve put together shows the relative performance of the Toronto Stock Exchange diversified mining index against the overall Toronto composite index. It shows seven clear economic cycles since 1960. In every one of those cycles, equities have experienced two peaks and two troughs. One of the peaks happens as you recover from the end of the recession. Then in the middle of each cycle, those equities tend to languish and decline and form a second trough, finally running up to the cycle end peak. I believe we are at the middle of one of these mid-cycle peaks right now. 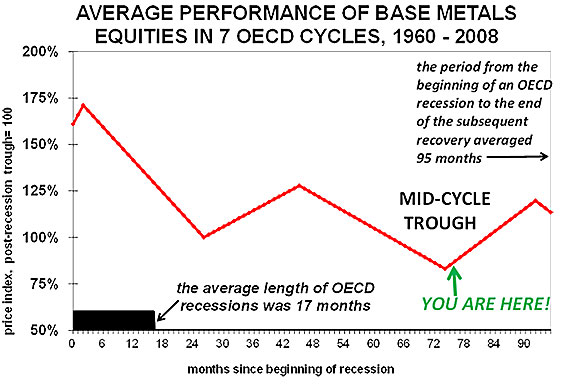 Source: TSX data, analysis by Salman Partners Inc. The index is of non-precious metals equities’ performance relative to that of the TSX Composite, recalculated to 100 being the low point in each cycle immediately after the end of the recession that began each cycle.

TGR: Is there anything different about this cycle than the previous cycles? Is it acting as predicted?

RG: Many have said we are experiencing uncommon demand, but if we look at the Western world’s demand for base metals in this cycle compared with some of the previous cycles, we find that the trend of the line for demand has been pretty much in the middle of previous cyclical trends. Even China’s export data is, on average, sideways. There may, indeed, be strong growth in China in demand for copper, but there’s also been strong growth in production of copper in China. The net result is that China’s impact on the rest of the world copper market is pretty flat. So it’s not a demand story.

I think it’s a supply side story that is resulting in copper prices that are stronger than at any time before 2006.

TGR: What is causing the lack of supply and will that continue?