Corey Rosenbloom:  Last week I posted about “Open Air” and magnet levels in Apple Inc. (NASDAQ:AAPL)– let’s update the chart now to focus our attention on the $100 per share level (now achieved) which has served as a floor of support.

Here’s the Daily Chart with the progression to the new highs: 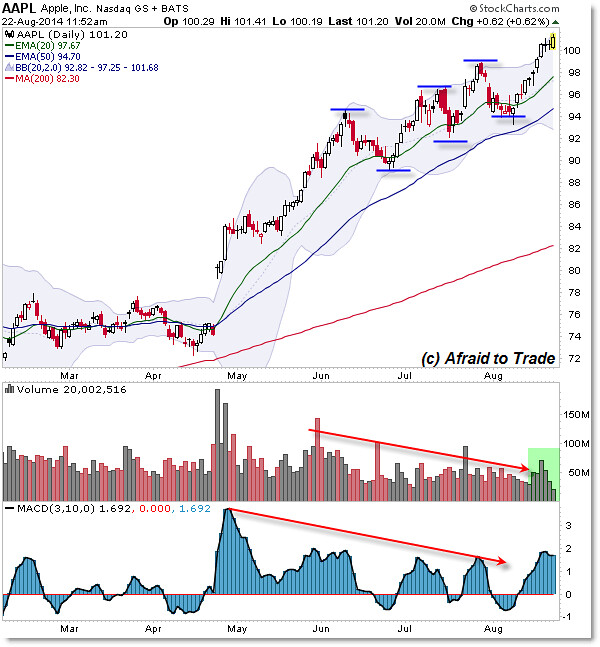 First, start with a little background on the “Apple Through Value Areas/Magnet Levels” post from last week.

It targeted a distant “Magnet Area” into $100 as long as price remained trading above the $95.00 Magnet Level.

Indeed, this outcome occurred a bit faster than expected (price simply moved through an “Open Air Pocket”) and not only have shares achieved the $100 simple target level, but they just exceeded them strongly today.

Despite two doji reversal candles into the upper Bollinger Band this week, buyers triggered a short-squeeze and continued the multi-day rally up from $94.00 through $100.

While there were progressive negative momentum and volume divergences, buyers stepped up with higher activity during the recent August rally (green highlight).