The researchers at Bernstein, who studied R&D funding at technology companies, called their results “surprising.”

They’re not. Instead of spending valuable time and dollars, the Bernstein researchers could have figured all this out with a single phone call – to me.

As someone who’s been in the technology trenches for the past 30 years, I know well that spending a ton of cash on research does not guarantee profits or stock-price appreciation.

To be fair, Bernstein’s study sounds exhaustive. The researchers went all the way back to 1977 and measured results over time frames ranging from one year to a decade. 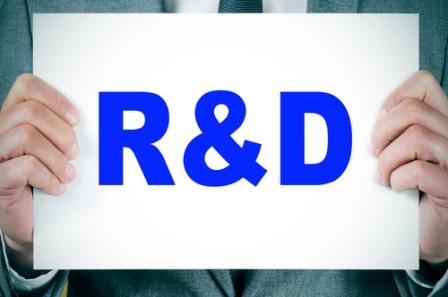 Of the R&D winners Bernstein listed, three are companies that I’ve recommended as portfolio-boosters in the past. These are firms that use their research dollars wisely and get market-beating gains in return.

Don’t get me – or the Bernstein report – wrong. R&D spending is still a vital part of the United States’ status as the world leader in innovation.

A recent report from Battelle, the world’s largest nonprofit R&D organization, further bears this out.

Battelle notes that the United States remains the “dominant force in global research across numerous industries.” The report estimates total American R&D spending at $435 billion last year, up 1% from the previous year.

However, as tech investors, we’re not looking for the firms with the biggest R&D budgets. We’re looking for firms that most effectively use their R&D spending to produce.

Let me explain. Over my more than three decades as a tech investor, I’ve run into my fair share of companies I refer to as “R&D houses.” By that I mean companies where sales and earnings seem to take a backseat to science and engineering.

The most famous example of this may be Eastman Kodak Co. (NYSE: KODK). While the rest of the industry jumped into digital photography in the early 2000s, these guys were tinkering away in their labs.

Ironically, Kodak invented the digital camera way back in 1975. Instead of using the technology to ramp up earnings, they let it slip through their grasp – and ended up in bankruptcy court in early 2012.

Thankfully, Bernstein’s R&D winners, the companies I’m sharing with you today, are innovators, not tinkerers. And if you’ve been following STI for long, you know them well.

Let’s take a look at them again now…

Of course, we’ve talked about Apple Inc. (Nasdaq: AAPL) many times, most recently in June. The Cupertino, Calif.-based tech giant does a better job than anyone at coming up with game changers on a shoestring research budget.

This is the company that revolutionized mobile tech with the 2007 release of the iPhone.

According to the trade journal Apple Insider, Apple’s entire R&D budget in the five years before the iPhone debuted was just $2.68 billion. That’s a paltry $530 million a year.

And Apple is the largest tech company in the world.

Apple is ramping up its R&D budget these days for a couple of simple reasons. First, the tech landscape today is more competitive than it was in 2007, and so Apple needs to step up the pace of innovation to keep rivals at bay.

Second, the company has enormous amounts of cash on hand – near $160 billion. So it can afford to invest more in the next generation of tech products while ensuring that the spending is sustainable.

Apple spent $1.42 billion on product development in its fiscal 2014 second quarter ended March 30. That represents just 3.1% of net sales in the period, one of the lowest rates among big-cap tech leaders.

According to Bernstein, most tech companies spend 11% to 17% of revenue on R&D.

Even in the five years since Apple began seriously increasing its R&D budgets, AAPL stock has handed investors gains of more than 390%.

We first talked about SanDisk Corp. (Nasdaq: SNDK) last August. My note to you suggested you buy this winner “before Wall Street gets wise.”

I hope you acted on that advice. Because Bernstein’s new study shows that the Street definitely sees this Silicon Valley firm as a winner.

Since our initial conversation about SanDisk, the stock has returned roughly 80% to investors. That’s five times what the Standard & Poor’s 500 returned in the period.

SanDisk ranks as a leader in flash memory for mobile devices. Tablets and smartphones cannot operate with a spinning hard drive like you find in most PCs and laptops.

The answer is solid-state memory that SanDisk pioneered. The devices can store massive amounts of content on a memory card the size of a postage stamp.

In this year’s first quarter, SanDisk greatly outspent Apple on an R&D ratio basis. SanDisk devoted nearly 13% of sales in the period to laying the groundwork for new products.

But it’s still a big winner because SanDisk spends its money wisely. It managed to match Apple’s operating margins of 28% even as its research budget measured much higher on a percentage basis.

In late June of last year, I told you that I expected technology to have a great performance for the second half of 2013.

Back then, the market was in turmoil and many feared a possible correction. I said the opposite would occur and told you to keep an eye on Akamai Technologies Inc. (Nasdaq: AKAM).

I cited the Cambridge, Mass.-based Internet services company as a potential big winner in cloud computing, where vendors provide data and applications to their clients via remote data centers.

Had you invested in Akamai at the time, you would have made nearly 43% on your investment, a little more than double the S&P 500’s return in the period.

The Bernstein study cites Akamai as one of the big outperformers because of its terrific financial performance and low R&D spending – among the lowest third in the study.

In this year’s first quarter, Akamai invested just 6% of sales in research. That puts it between Apple and SanDisk.

And in terms of size, its $10 billion market cap is just 2% that of Apple’s. But the much smaller Akamai spends its money almost as efficiently, with operating margins of 26.5%.

These efficiencies show that all three of our R&D winners have plenty of upside left. Each keeps coming up with profitable new products without just dumping money in their labs.

Any one of these three stocks – AAPL, SNDK, and AKAM – would provide a significant boost to your portfolio.

Our tech R&D winners’ sustainable rate of research spending means better products for their customers – and a killing for their investors.