Lawrence Meyers: I am of a split opinion when it comes to stock buybacks. When a company has excess cash, it can either plow it back into the company to grow the business, buy back stock to make each dollar of net income worth more to shareholders, or pay a dividend. 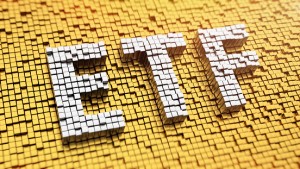 Obviously, the best choice is going to depend on where the company is in its growth cycle. Ideally, management will spread that cash around for all three purposes.

What I oppose, however, is the use of buybacks for financial engineering. If a company has little or no organic growth in earnings per share, and it buys back tons of shares in order to reduce share count (thereby decreasing the denominator in EPS), that’s a non-starter. That tells me the company is trying to put lipstick on its own lackluster earnings.

Not all companies do this, although a number of blue chip companies are seeing weak growth and playing this game, like International Business Machines (NYSE: IBM). Generally, however, buybacks are a good thing. That’s why you should consider buyback ETFs, which feature companies engaging in buybacks as major holdings.

PowerShares Buyback Achievers Portfolio (NYSEArca: PKW) is an ETF based on an index in which the companies are reducing share counts by 5% over the trailing 12 months. They’ve committed to buybacks on behalf of shareholders.

The top five holdings are Oracle (NASDAQ: ORCL), Pfizer (NYSE: PFE), AT&T (NYSE: T), Home Depot (NYSE: HD) and General Motors (NYSE:GM). They make up over 23% of the portfolio, and I’m sad to say that except for Home Depot, these are all financial engineering-driven buybacks. I don’t care for it, but so many other holdings do not fall into that category, and the returns of the ETF can’t be argued with.