Kent Thune:  The third quarter marked the worst quarter for stocks since 2011. But the fourth quarter is beginning to take a different turn. Will the weakest sectors of Q3 turn south again, or will early Q4 momentum carry through the remainder of the year? What sectors will perform best in Q4? 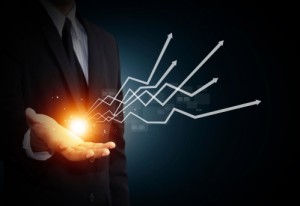 One of the hardest hit sectors of Q3 was health care, which was dragged down by biotechnology stocks. For example, through the first half of 2015, a top-performing biotechnology mutual fund was the Fidelity Select Biotechnology Portfolio Fund (FBIOX), which jumped over 25% in the first two quarters but fell nearly 20% in the third quarter.

The energy sector was dragged down by falling oil prices as marked by an 18% price drop for the Energy Select Sector SPDR Fund (NYSEARCA:XLE), which was actually one of the better performers in the sector.

Another big loser in Q3 were Chinese stocks, which dropped 21.8% as measured by the iShares MSCI China ETF (NYSEARCA:MCHI).

Worst Sectors for the Fourth Quarter

Making predictions about the short-term direction of the stock market is challenging, if not futile. However, a prudent path to juicing your portfolio returns over the next three to six months is to add or increase exposure to two or three sectors that show short-term promise. But the process of finding the best sectors starts with eliminating what we believe to be the worst.

Perhaps the biggest question mark still surrounds the timing of a recovery for Chinese stocks and emerging markets in general. The risk outweighs the potential for gain in these areas. So stay away for now.

Energy started Q4 with a 13% price gain, as measured by XLE, but this big gain could prove to be more of a dead cat bounce than a trend. With that said, buying an ETF that invests in high-quality large-cap energy stocks is not a bad idea now as long-term play. Just don’t bet on much more upside for energy in the fourth quarter.

Here are three sectors that show promise for the rest of 2015: