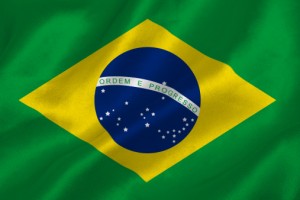 In its statement, S&P specifically pointed to the ongoing political turmoil in the country as a key reason for the downgrade.

Much of that turmoil is a result of the nation’s biggest scandal in history. This scandal involves not only the country’s political elite, but also its corporate elite. The scandal’s starting point was Petrobras S.A. (NYSE: PBR). But it has now spread to Electrobras S.A. (NYSE:EBR), Odebrecht and others.

The downgrade strikes another blow to the political fortunes of President Dilma Rousseff and her leftist Workers Party. Rousseff is already attempting to fight off a petition filed in the Brazilian Congress for her impeachment.

The economy stinks too. Brazil’s GDP contracted by 1.9% in the second quarter, which was worse than expected. Brazil’s currency, the real, is down nearly 70% over the past year. It is approaching its all-time low set in 2002.

The reasons behind the economy’s decline include the scandal, the slowdown in Chinese demand for Brazilian commodities, and Rousseff’s inept leftist policies.

Her policies will leave Brazil with a budget deficit next year, even if interest payments are excluded from the calculation.

And if another credit agency downgrades Brazil – which is likely – many international investors will be forced to sell their Brazilian holdings. About 20% of Brazil’s debt is owned by foreign investors.

Bottom line: many are calling this Brazil’s worst recession since the Great Depression.

Brazil is one of the BRIC countries (Brazil, Russia, India, China). But the B right now could just as easily mean “bust.”

Brazil Only for Value-Oriented Contrarians

In my earlier look at Brazil, I said that it was a market for contrarian investors with a value bent, ala the legendary Sir John Templeton.

And indeed these types of investors are starting to nibble in Brazil stocks.

Some companies are taking advantage of depressed stock prices to buy out locally listed subsidiaries. One company that followed this path is British American Tobacco (NYSE: BTI).