GoldCore: The European Central Bank will decide early next year whether to follow the Federal Reserve, Bank of England and the Bank of Japan with quantitative easing or money creation to buy government bonds and other assets but will not buy gold, its president Mario Draghi said yesterday.

Speaking in the ECB’s new 1.3 billion euro headquarters, an imposing Frankfurt skyscraper designed to show the strength of the ‘single’ currency, Draghi threw down the gauntlet to Germany and signaled that he would not allow opposition from Germany or anyone else to stop the ECB’s QE.

Despite the fact that it has failed in Japan and is meeting with mixed success in the UK and U.S.

In his clearest language yet, Mario Draghi underlined his desire and commitment to debt monetisation, and argued the case for creating new money to buy assets such as government bonds. He made the comments during the question and answer period of his monthly press conference following the ECB’s monetary policy meeting.

Interestingly, Draghi ruled out the printing of money to buy gold bullion. He was asked what types of assets the ECB would buy as part of its quantitative easing program. He responded, “we discussed all assets but gold.”

Speculation arose that gold could be part of the central bank’s asset purchases after Yves Mersch, a member of the ECB executive board and former Governor of the Central Bank of Luxembourg, said on November 17 that the ECB could buy a range of assets as part of its quantitative easing program.

The fact that the ECB may soon print money to buy very risky European corporate, bank and sovereign debt from vulnerable economies such as Spain, Italy and Greece and has, from some unexplained  reason, ruled out buying gold will make the Germans and others opposed to ECB QE very nervous.

This is likely leading to increasing tensions and divisions. Indeed, Die Welt reported yesterday that Draghi had lost the support of the majority of the ECB Executive Board.

Draghi’s remarks, which came within minutes of a meeting where he clashed with German officials over his ambitions, set him on a possible collision course with the euro zone’s biggest and single most important country.

Painting a gloomy picture of the euro bloc’s prospects, Draghi announced that the ECB expected economic output to be lower in the coming years than it had predicted three months ago, while a slump in the price of oil may lead to lower inflation.

Consumers and businesses are welcoming the fall in oil prices and lower inflation but today low inflation is seen as a trigger by central bankers including Draghi, the ex Goldman Sachs banker, to print money to buy government bonds.

Savers, people and businesses concerned about inflation throughout the world and indeed in Germany oppose this. 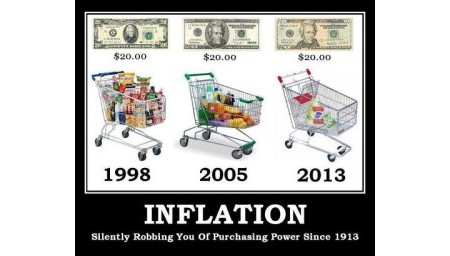 “QE has been shown to be effective in the United States and UK,” Draghi told journalists at a press conference. He ignored the fact that the Bank of Japan’s QE appears to have failed as it has not led to a revival of the moribund Japanese economy.

However, a somewhat strident Draghi made clear that he would face down the considerable political opposition to further radical action.

Last week, Sabine Lautenschlaeger, Germany’s appointee to the ECB’s Executive Board, said now was not the time for state bond buying. But Draghi said there was no need for all 18 countries to agree.

Draghi lacks the crucial German support for doing full-blown QE but combatively, he said he did not need that support.