Have Google, Will Travel

Google Trips is a brand new app that allows users to plan and organize their trips virtually anywhere across the globe. From Google’s official blog:

Google Trips is a personalized tour guide in your pocket. Each trip contains key categories of information, including day plans, reservations, things to do, food & drink, and more, so you have everything you need at your fingertips. The entire app is available offline — simply tap the “Download” button under each trip to save it to your phone. 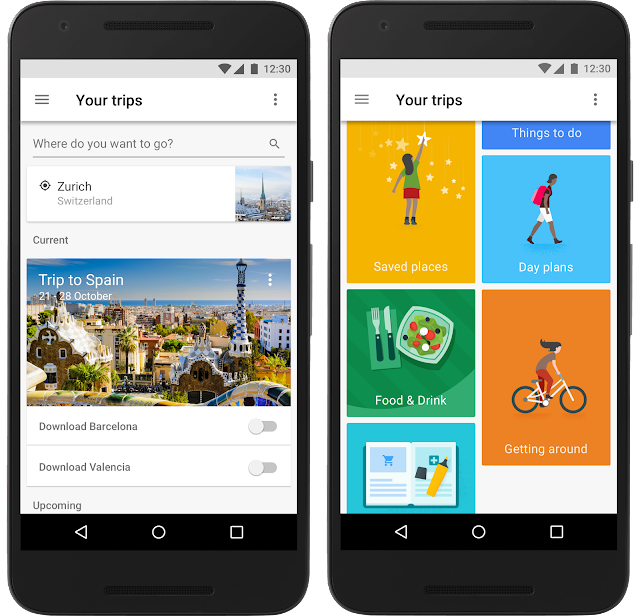 There are also pre-loaded popular local attractions and activities to choose from:

For the top 200 cities in the world, Google Trips shows you a variety of day plans featuring the most popular daily itineraries. We’ve automatically assembled the most popular sights, attractions, and local gems into a full day’s tour — all based on historic visits by other travelers. Say you’re visiting Barcelona. You can choose from multiple day plans, like “Eixample District,” which maps out the can’t-miss buildings by Antoni Gaudi, the famous Spanish architect.

Google automatically pulls all your reservations in from Gmail as well, so your flight info, accommodations, restaurant reservations, and more will stay neatly organized. The app is now available for both Android and iOS users.

Google also just released a big update to its popular Photos app that makes it much easier to share photos with their family and friends:

Now, with Google Photos, you pick the photos, tap “share” and select the people you want to share with, instead of the apps — and we take care of the rest. If your friends are on Google Photos, they’ll get a notification. If you share via phone number, they’ll get a link to the photos and videos via SMS. And email addresses will get an email with a link from Google Photos. So you can spend less time toggling from app to app to share photos — dealing with failed texts or email attachment limits along the way — and more time enjoying life’s photo-worthy moments.

Another new feature for Photos is auto-generated movies “based on creative concepts,” says the company. The app will create movies of your groups of photos based around a specific theme (for example, a group of baby pictures showing an age progression will be titled “They Grow Up So Fast”).

Google also promises additional updates to the app this week. The two updates mentioned above are rolling out now.