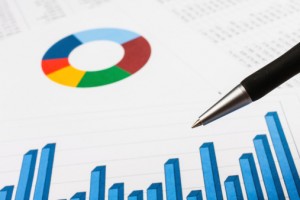 For example, in the stock arena, a strong U.S. dollar is keeping downward pressure on the big domestic multinational firms that are plentiful in the S&P 500 index, while it boosts foreign stocks. The growth style is also beating value.

These fundamental factors explain why actively managed funds like the American Funds Growth Fund of America (AGTHX) is up 6% year-to-date, compared to 3% on the S&P 500. AGTHX holds mostly large U.S. growth stocks but is also getting a boost in 2015 from its foreign stock holdings, which recently represented 12% of assets.

But at a time when robo-advisors are getting media attention and index funds are leading the world in assets under management, can the 2015 performance leadership over index funds help move actively managed funds to the forefront of investors’ minds and back into their portfolios?

The Fall of Active Management

The move in investor favor toward index funds may have shifted into a higher gear during the last financial crisis, which is still fresh on the minds of investors. In 2008, when the perception that active management could help in steering clear of the worst of the bear market, active funds lost to the major market indices. The average large growth fund fell 41%, whereas the S&P 500 fell 37%. Large value funds didn’t avoid the fall either, especially those like the highly rated Dodge & Cox Stock Fund (DODGX), which declined over 43% because it was over-weighted in financial stocks.

Another massive fallout in the active management world is the recent decline of the “star manager,” which made Bill Gross, the ex-Pimco front man and former bond king, its poster boy. His crown was tarnished back in 2011 when he began warning investors about dollar depreciation and rising interest rates that would push down bond prices, and in 2012 when he announced the “death of equities.” Although Gross did not explicitly call for abandoning stocks and bonds three and four years ago, at a minimum he made poorly timed calls about falling prices that have yet to transpire.

Where Actively Managed Funds Can Be a Good Idea

If you understand the basics of the efficient market hypothesis (EMH), you know of the potential for portfolio managers to gain an advantage by picking stocks of companies about which there is less public information, compared to companies, such as U.S. large-cap companies, with readily available information. The idea is that, if the fund managers and their analyst teams dig deep enough, they can find stocks that the investor herd may overlook.

There are certain fund types where the active managers can show value or what some call “alpha” because of some combination of skill, market inefficiencies, and perhaps a bit of luck in timing.

In no particular order, here are some of the areas where actively managed funds can shine:

The only way to “beat the market” is with some form of active management. However, that’s the No. 1 way to lose to the market as well! One can cite several examples of actively managed funds beating index funds as well as the other way around.

As of this writing, Kent Thune did not personally hold a position in any of the aforementioned securities, although he holds PRHSX, XLV and LSBRX in some client accounts. Under no circumstances does this information represent a recommendation to buy or sell securities.