From Jill Mislinski: The latest Conference Board Consumer Confidence Index was released this morning based on data collected through March 15.

The headline number of 127.7 was a decrease from the final reading of 130.0 for February, a downward revision from 130.8. Today’s number was below the Investing.com consensus of 131.0.

Here is an excerpt from the Conference Board press release.

“Consumer confidence declined moderately in March after reaching an 18-year high in February,” said Lynn Franco, Director of Economic Indicators at The Conference Board. “Consumers’ assessment of current conditions declined slightly, with business conditions the primary reason for the moderation. Consumers’ short-term expectations also declined, including their outlook for the stock market, but overall expectations remain quite favorable. Despite the modest retreat in confidence, index levels remain historically high and suggest further strong growth in the months ahead.”

Putting the Latest Number in Context

The chart below is another attempt to evaluate the historical context for this index as a coincident indicator of the economy. Toward this end, we have highlighted recessions and included GDP. The regression through the index data shows the long-term trend and highlights the extreme volatility of this indicator. Statisticians may assign little significance to a regression through this sort of data. But the slope resembles the regression trend for real GDP shown below, and it is a more revealing gauge of relative confidence than the 1985 level of 100 that the Conference Board cites as a point of reference. 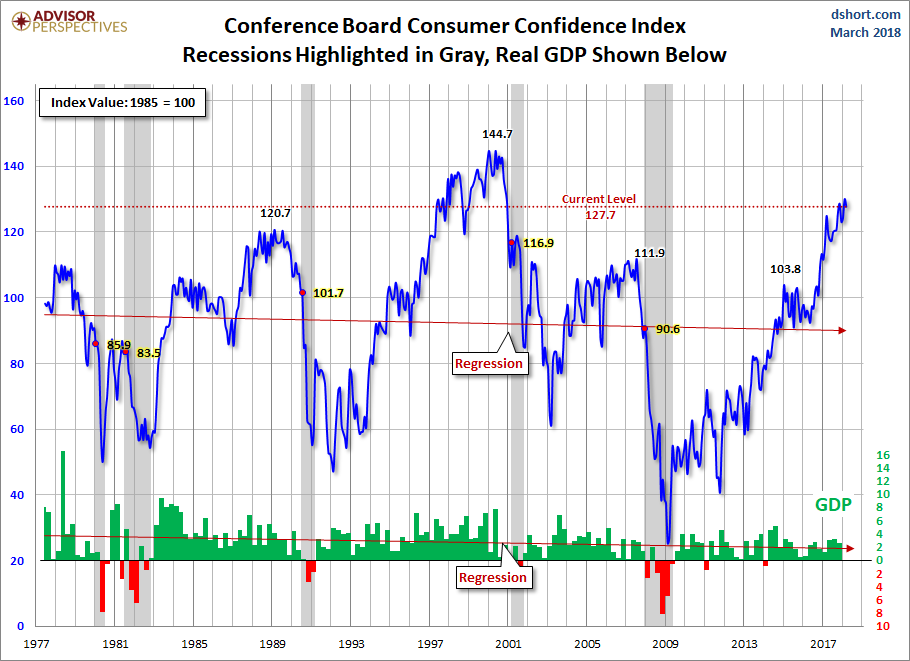 For an additional perspective on consumer attitudes, see the most recent Reuters/University of Michigan Consumer Sentiment Index. Here is the chart from that post. 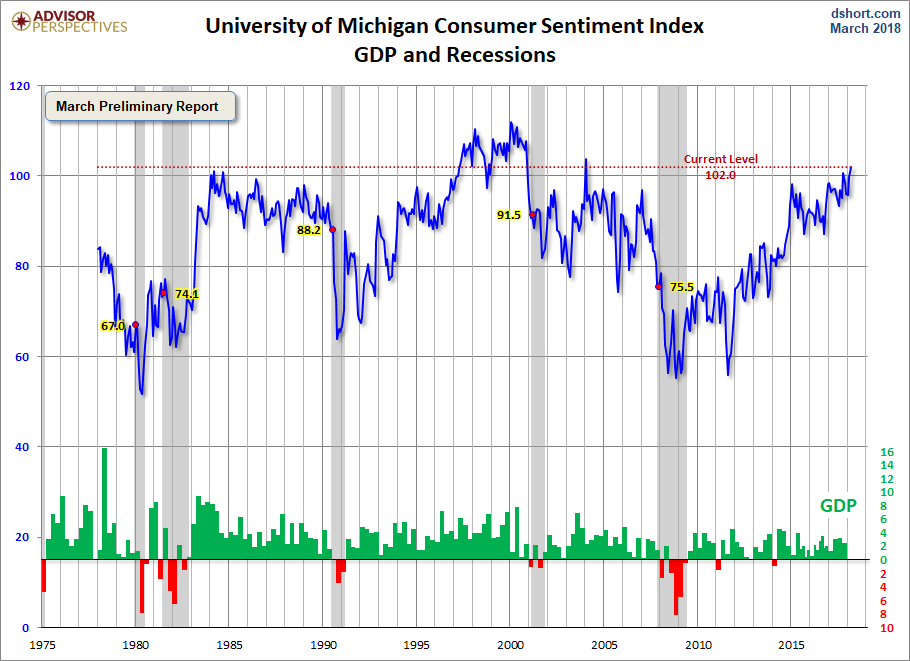 And finally, let’s take a look at the correlation between consumer confidence and small business sentiment, the latter by way of the National Federation of Independent Business (NFIB) Small Business Optimism Index. As the chart illustrates, the two have tracked one another fairly closely since the onset of the Financial Crisis, although a spread appears infrequently, with the most recent spread showing up 2015 through 2017. 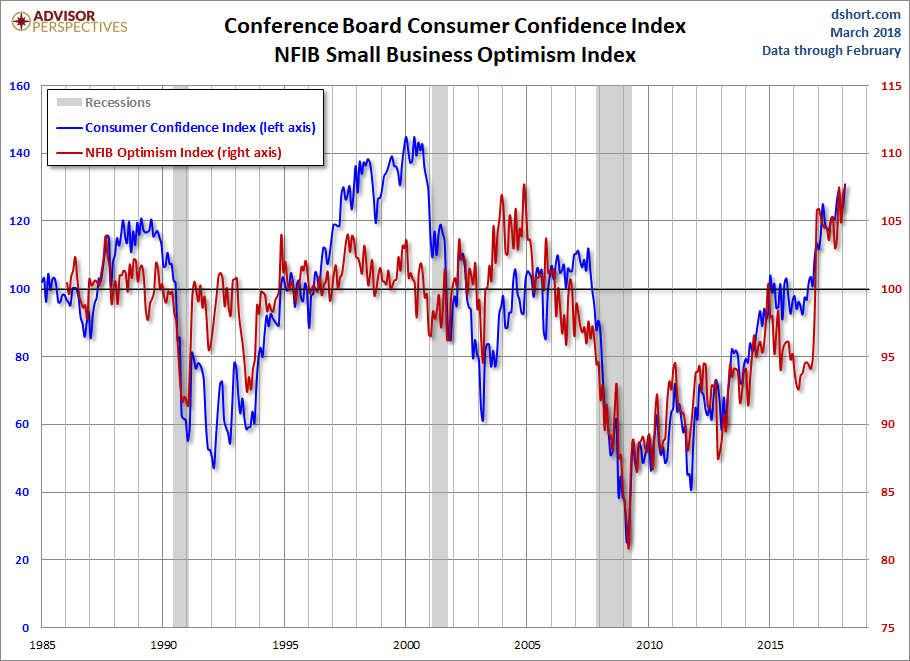 SPY currently has an ETF Daily News SMART Grade of A (Strong Buy), and is ranked #1 of 142 ETFs in the Large Cap Blend ETFs category.