Toby Connor: It appears that the news out of Europe, right before the close, that the EU is looking at further measures to recapitalize the banks, was enough to halt what was likely going to turn into a very nasty drop into the employment report on Friday. Instead what started as potentially very ugly morphed into a key reversal day. Since the market was getting very late in its daily cycle this will likely mark not only a daily cycle low, but a greater degree intermediate cycle low. 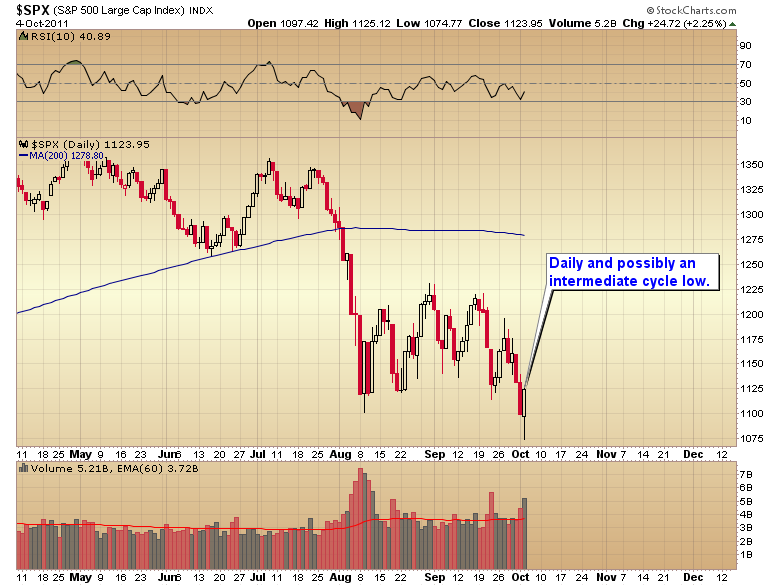 I’ve noted in the past that these intermediate degree bottoms are often accompanied by a significant divergence in momentum. You can see on the chart below that this often plays out as a large divergence in the McClellan oscillator. 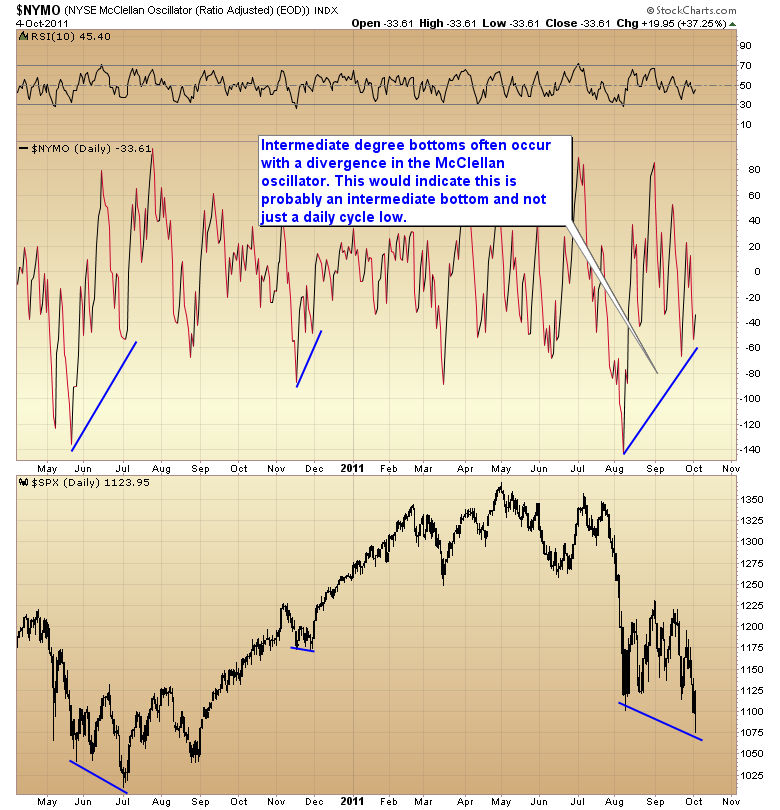 The market should now make another attempt at a respectable bear market rally. I would think a very minimum would be a return to the 75 week moving average. 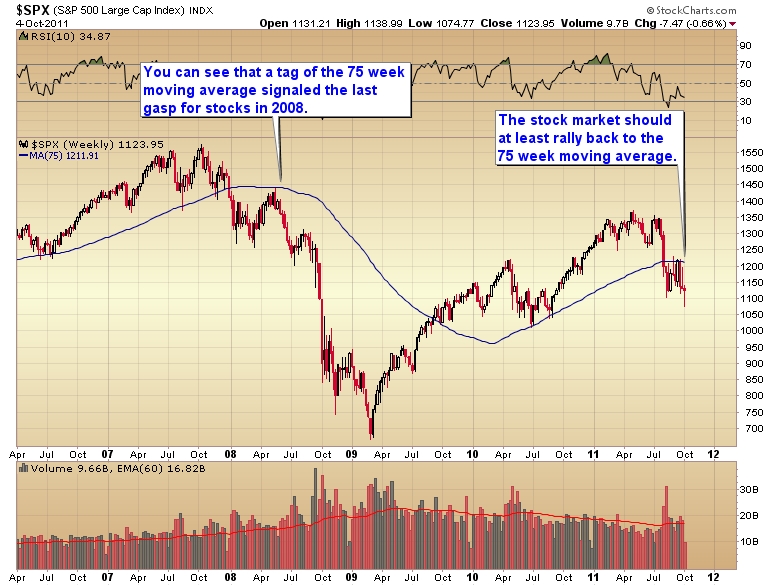 And considering the amount of time the market has been consolidating a move back to the 200 day moving average is not completely out of the question. 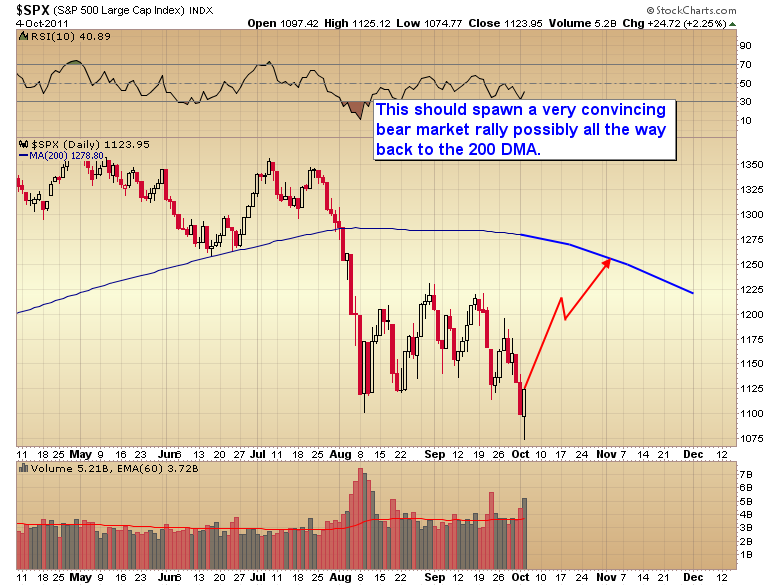 I think we probably just saw a major turning point today. One that should mark a bottom for at least a couple of months.