And just four days later, the Wall Street Journal ran an investing column that came to the same basic conclusion.

Citing an “enormous body of academic research,” the Journal concluded investors should always have some money in stocks.

There’s just one problem. A Wall Street money manager quoted in the column said that investors should likewise make sure they have exposure to emerging markets. 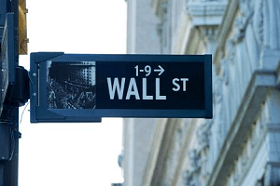 When I read that statement, I was floored. This may be the worst investment advice Wall Street ever gave.

First, the one sector you should always be in on is high tech. Second, emerging markets have largely been a money trap for investors over the past two years.

So today I want to talk to you about a much better way to not only crush emerging market returns – that’s easy – but also blow away the overall market.

Don’t get me wrong. Of course, tech investors can make money overseas – if they are very selective and work long hours to find high-quality firms.

But to seek broad exposure to emerging markets is a horrible idea. No, the Journal didn’t say this explicitly, but it implied that average investors ought to consider offshore exchange-traded funds (ETFs).

To test that “theory,” I looked up a few ETFs focused on emerging markets. And what I found disturbed me.

Let me see if I got this right. These fund managers managed to lose money during an historic bull market?

Profit from American Know-How with This Tech ETF

By contrast, American high-tech and life-sciences firms have pushed the market higher and higher over the past two years. Just as they have done throughout our nation’s history.

From the steam engine and the lightbulb to the semiconductor and the smartphone, U.S. technology changes the world around us, creating new wealth along the way.

As I often remind you, the road to wealth is paved with high tech.

That’s why I think investors should look at the Guggenheim S&P 500 Equal Weight Technology ETF (NYSE Arca: RYT). It holds more than 70 stocks, each of which is equally weighted.

Then there’s Intel Corp. (Nasdaq: INTC), a broad play on the booming semiconductor industry. RYT is also invested in a Facebook Inc. (Nasdaq: FB), a leader in both social media and the mobile revolution.

But those household names are just a taste of RYT’s enticing investments. Some of the fund’s other holdings that have great technology and excellent financials include:

At around $82 per share, RYT covers a lot of ground with a cost-effective price.

Over the last two years, this winning ETF has gained some 56%, beating the S&P 500’s 36.5% return during the same period by more than 50% – and absolutely creaming those emerging market ETFs I mentioned earlier.

And RYT is one of those foundational plays that are more stable than individual tech stocks in a volatile market.

In other words, you can cash in on the nation’ tech boom, beat the market, and still sleep soundly – which is something Wall Street perhaps secretly wishes you wouldn’t do.

Along the way, you’ll also be adding steadily to your net worth with the greatest wealth machine the world has ever known – American technology.

What’s your favorite American invention? How about among more recent innovations? Have you ever made a killing by investing in a specific technology? We want to hear about it. Let us know in the comments below.