Nordstrom and Ross Stores slumped Thursday after Goldman Sachs downgraded both stocks and struck a sober tone in discussing profit outlook for the retail sector at large.

The brokerage cut its rating on both names to sell, telling clients that Wall Street consensus estimates look optimistic given the uncertain trade backdrop, which in turn could disrupt supply chains, inventory management and pricing. Nordstrom dropped 3.1% and Ross Stores fell 2.3% in premarket trading following the Goldman downgrades.

“We are increasingly concerned about the impact of potential supply chain disruption resulting from tariff uncertainty,” Goldman analyst Alexandra Walvis wrote in a note to clients. “Companies are already accelerating the shift of supply chains out of China, and many are front-loading production and shipping volumes to get ahead of potential tariff announcements.”

“Overall, we expect rising costs of production both inside and outside of China from tariffs and outsized demand respectively, increased inventories as companies pre-ship product or face longer in-transit lead times, and greater risk of disruption to product orders and cost bases,” she added.

For Nordstrom and Ross Stores in particular, second-quarter earnings could disappoint thanks to a combination of headwinds including tax refunds, weather and execution setbacks.

Ongoing same-store sales hurdles in full-line and off-price Nordstrom locations are compounded by earnings challenges from investments and the opening of the company’s seven-floor flagship in New York, Walvis wrote. Goldman sees 6% downside for shares over the next 12 months.

“Nordstrom full line stores continue to suffer headwinds from mall traffic declines, where we see recent comp and earnings disappointments as in part a function of the structural challenges facing a portfolio of large mall-based stores,” she wrote. “While we acknowledge that performance may improve as the company reverses unsuccessful decisions, we forecast a shallower comp improvement than implied by guidance.” 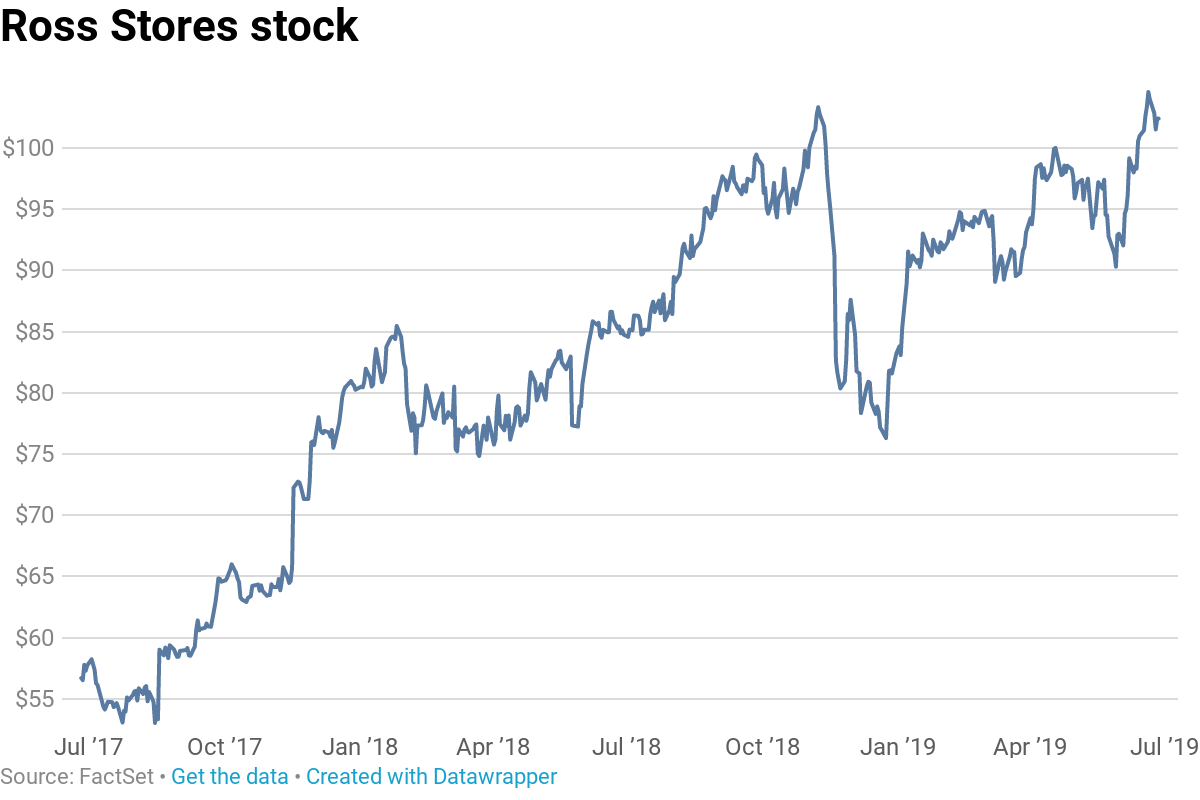 At Ross, the analyst believes recent stock outperformance is “overdone” in light of risks that recent execution challenges persist and “limited upside” from recent business strategies. Goldman’s $91, 12-month price target on Ross implies 11% downside over the next year

XRT currently has an ETF Daily News SMART Grade of A (Strong Buy), and is ranked #4 of 41 ETFs in the Consumer-Focused ETFs category.