Andy Crowder: It seems as though nothing can stop the market from reaching historic heights on a daily basis.

The S&P 500 is now up over 185% since its March 2009 low and it has been almost three years since the major market benchmark experienced a 10% stock market correction.

And now, at 62 months and counting, the S&P 500 is only two months away from the longest bull market run in over 85 years.

But before we start throwing all our cash at the market, I think you should be aware of three underlying factors that are going on in the background that no one seems to be talking about.

As you can see in the chart below the last two times we saw ratios this high were back in 2000 and 2007. Both occurrences led to longer-term declines. 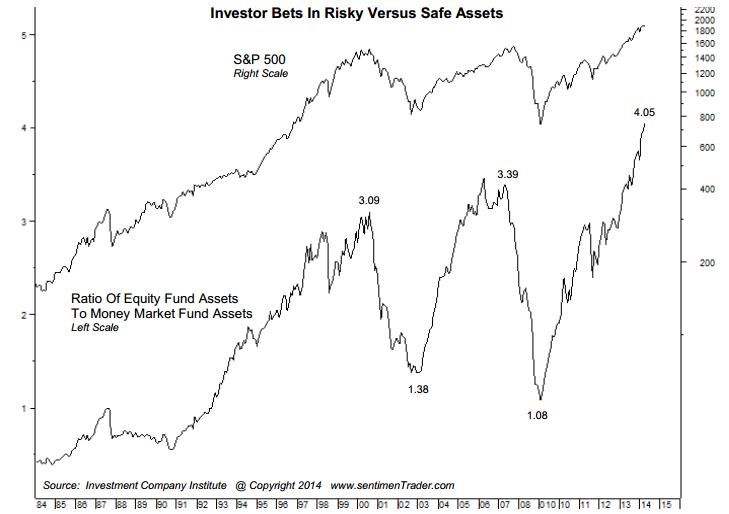 2. According to a recent article in the Wall Street Journal, over the past several months, 75% of all IPOs announced in the U.S. were companies losing money.