David Zeiler: When you think about Tesla Motors Inc (NASDAQ:TSLA), do you consider it an auto company or a tech company?

If you’re having a tough time choosing, you’re not alone. A lot of investors and analysts are getting tripped up by Tesla’s unusual hybrid nature as a maker of innovative electric cars. 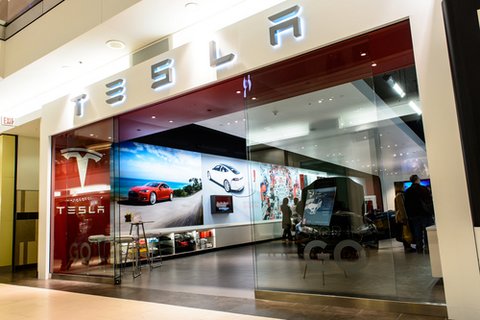 Analysts who cover the company are all over the map, with price targets ranging from a high of $325 to a low of $75. Tesla stock is currently trading at just under $200, down about 20% from highs it hit in early March.

Recommendations are split as well, with three analysts calling TSLA a strong buy, three calling the stock a buy, six calling it a hold, and one expecting Tesla to underperform.

“There is no strong consensus here, and that contributes to its volatility,” Andy Busch, editor of the Busch Update, told CNBC. “Is it an auto company or a technology company? All we really know is that it’s the poster child for momentum.”

It’s important to figure out what kind of company Tesla is because it drastically affects how you calculate its valuation. If Tesla is an auto company, it’s greatly overvalued right now. But if it’s a pioneering tech company, its current valuation is in the ballpark.