Toby Connor: I think it’s clear by the action in the dollar index this morning and the response by risk assets in general, that the bottom I have been looking for is here. 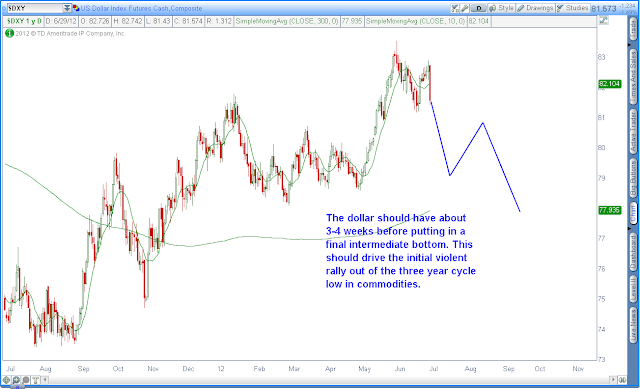 Today will be the first day in a commodity rally (NYSEARCA;DBA) that should last roughly 2 years topping in mid-to-late 2014 when the dollar puts in its next three year cycle low.

The next two or three weeks should produce an exceptionally violent rally from extreme oversold conditions followed by a consolidation period as the dollar (NYSEARCA:UUP) bounces weakly out of its intermediate bottom and rolls over quickly signaling that the three year cycle has topped. 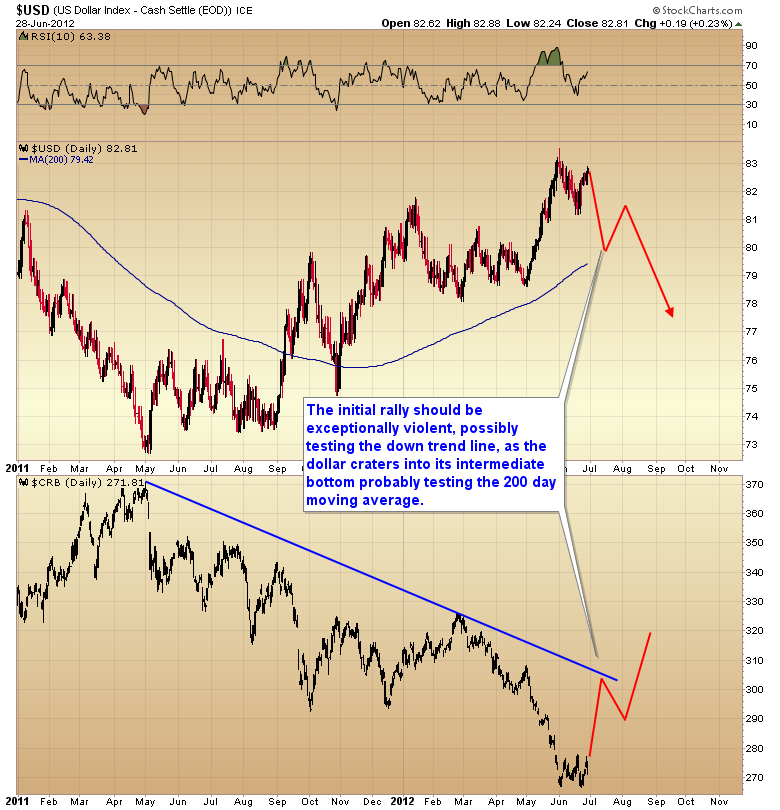 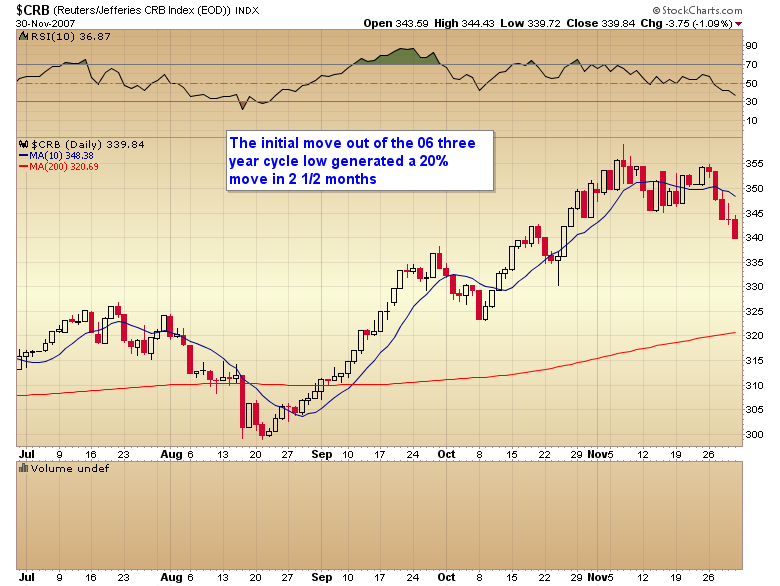 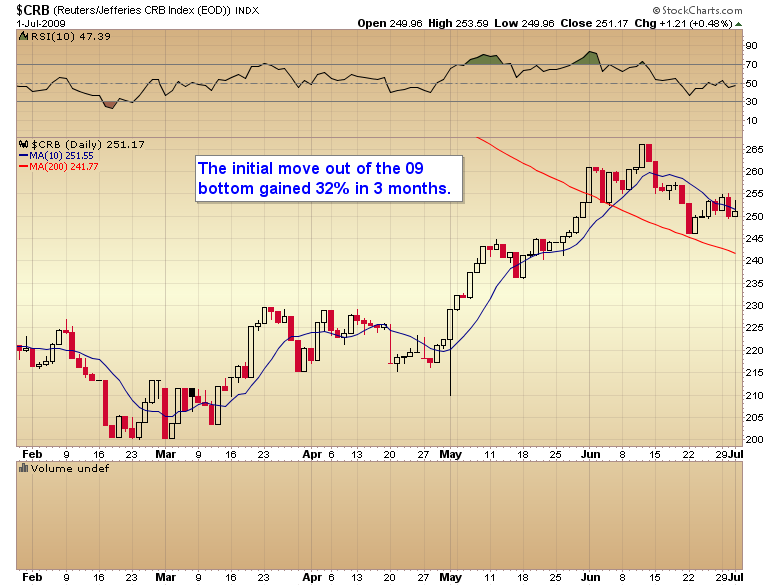 This is day one of what should be roughly a two year rally into a massive parabolic spike sometime in 2014.

Let me reiterate that the initial rally out of one of these major cycle lows is always extremely aggressive. Today you have a chance to get in on the first day of this initial move. Those that wait will end up chasing into overbought conditions very quickly.

As is often the case, gold (NYSEARCA:GLD) sniffed out this bottom early in May. The rally today confirms that we have a daily cycle bottom in place and a new cycle beginning that should last 15-20 days before the next short-term correction (NYSEARCA:DZZ). 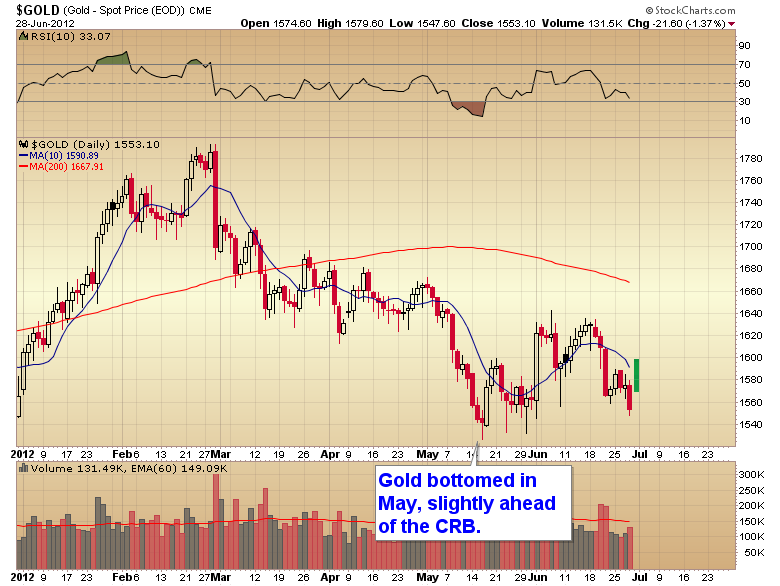 Miners (NYSEARCA:GDX) confirmed this major bottom with a 24% initial rally on huge volume. This should be a multi-year low that will not be violated until the secular bull comes to an end. 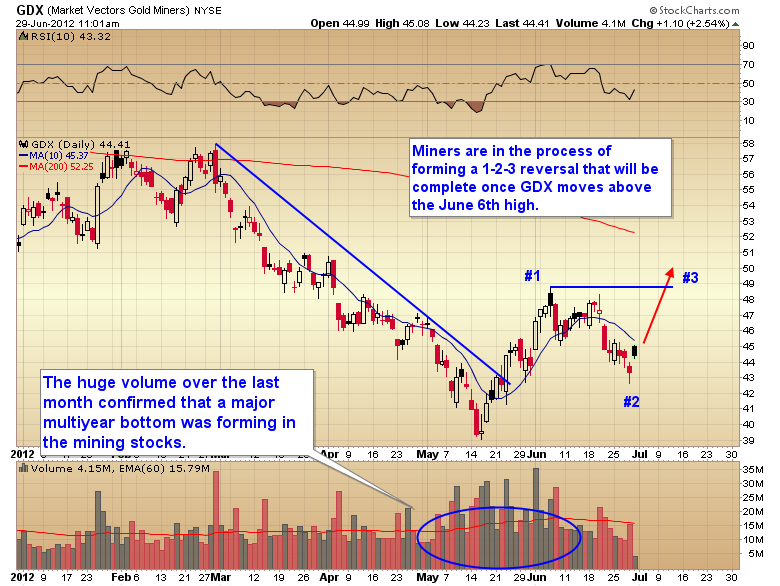 To find out how cycles analysis enabled me to predict this major bottom I have reactivated the one week trial subscription to the premium newsletter.